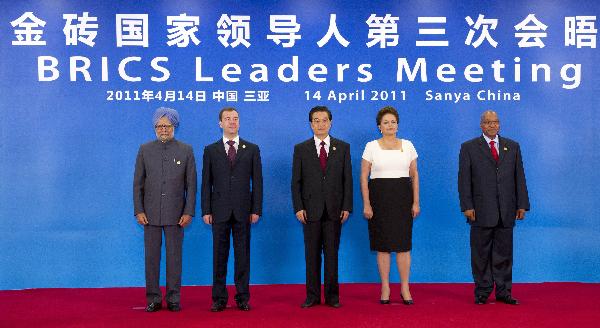 Speaking to The Hindu ahead of the Goa BRICS Summit, Davies said, the bloc comprising Brazil, Russia, India, China and South Africa should instead adopt a practical and gradual approach of identifying opportunities in important sectors such as ‘aircraft manufacturing & maintenance’ to create value chains in the five emerging economies.

On the ‘informal’ proposal by China for a BRICS FTA, he said South Africa and the African continent have so far been mainly producers of primary products, but want to retain the policy space for industrialisation to reap the benefits of the ‘Fourth Industrial Revolution’ — meaning, industrialisation using computerisation and other latest technologies.

Referring to certain “structural imbalances” in BRICS trade, he said, for instance, South Africa mainly exports raw materials to China and imports fully-manufactured items from that country. If such a scenario continues, it will not help create value chains that will support industrialisation in South Africa, he said, adding that such imbalances need to be corrected first.

“So we can go for cooperation agreements and have business-to-business contacts, and not get enamoured by the title of a highly ambitious agreement that would only cater to the interests of some, but won’t have broader developmental outcomes,” he said, adding that BRICS countries should discuss ways to promote inclusive growth and reduce inequality.

Davies said it was important that the New Development Bank or the BRICS Bank identified viable renewable energy and infrastructure projects including in South Africa and India, and provide affordable finance. Also being discussed was a BRICS Visa for easier movement of people, he said.

Regarding the yet-to-be-concluded negotiations on the proposed India-Southern African Customs Union Preferential Trade Agreement that began in 2007, Davies said, “We had lost momentum, but there is an appetite to resume the talks.”

The delays were due to the sensitivities involved in committing to lowering duty barriers. However, Davies said it is now “not entirely undoable” to have a PTA that is “fairly low in ambition.” On other bilateral issues, he said many South African financial sector companies had problems regarding getting market access in India.

On the ‘IBSA Dialogue Forum’ aimed at promoting cooperation between India, Brazil and South Africa, Davies said though IBSA “has not been functioning well for a while and has lost momentum, it is absolutely relevant and should continue” despite the BRICS engagements as the three countries have developed several information- and capacity-sharing initiatives including on small businesses.

On India’s proposal for a Trade Facilitation Agreement on Services at the World Trade Organisation-level, Davies said South Africa had so far not made a decision whether to support it, but added that he was not sure if such a pact pushing for easier temporary movement of skilled workers across borders would be agreed upon at a time when many in the developed world have opposed immigration.

On the move by the developed world to introduce “new issues” such as e-commerce and global value chains into the WTO’s negotiations, he said “we are happy to have a conversation from a developmental perspective, but will not agree to rush from there to negotiation on trade rules” regarding the “new issues”.