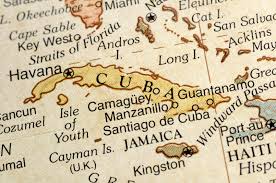 Reports say that more than a dozen Democratic House members are co-signing the legislation, including Ag Committee Ranking Member Collin Peterson from Minnesota.

"We have a ready-made market in Cuba, just 90 miles off our coast, yet the current embargo gives this market away to other countries, putting American producers at a disadvantage," Peterson said. "This legislation will significantly open the Cuban market for our nation’s farmers and ranchers, who have struggled to get their products to Cuba due to the cash in advance requirement and prohibition of direct transactions. I have long advocated for legislation to expand U.S. trade with Cuba and the Free Trade with Cuba Act does just that."

Rangel first proposed the Cuban trade policy in 1993. That was the same year that the North American Free Trade Agreement was approved during the Clinton administration.