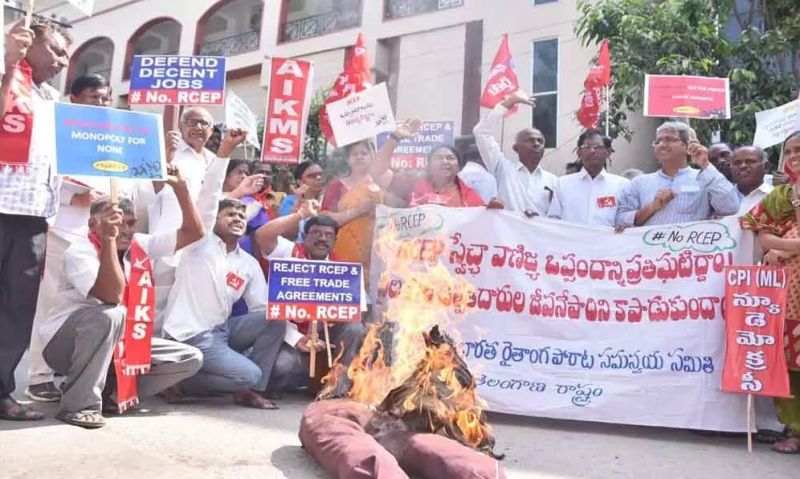 [D]oes inequality fall in poorer countries when they open up to trade ? There are in fact relatively few cross-country studies on this subject, reflecting a pattern we will see again and again – trade economists have tended to stay away from thinking about how the pie is shared, despite (or perhaps because ?) Samuelson’s early warning that, in rich countries at least, trade could come at the expense of the workers.

There are exceptions, but not ones that inspire confidence : a recent research report by two members of the IMF’s staff finds that countries that are close to many other countries, and as a result trade more, tend to be both richer and more equal. They ignore the inconvenient fact that Europe is where there are many small countries which trade a lot with each other, and those countries tend to be both richer and more equal, but probably not primarily because they trade a lot.

One other reason to be sceptical of this rather optimistic conclusion is that it flies in the face of what we know from a number of individual developing countries. In the last three decades, many low to middle income countries have opened up to trade.

Strikingly, what happened to their income distribution in the following years has almost always gone in the opposite direction of what the basic Stolper-Samuelson logic would suggest. The wages of the low-skilled workers, who are abundant in these countries (and should therefore have been helped), fell behind relative to those of their higherskilled or better-educated counterparts.

Between 1985 and 2000, Mexico, Colombia, Brazil, India, Argentina, and Chile all opened up to trade by unilaterally cutting their tariffs across the board. Over the same time period, inequality increased in all of those countries, and the timing of these increases seems to connect them to the trade liberalisation episodes.

For example, between 1985 and 1987, Mexico massively reduced both the coverage of its import quota regime and the average duty on imports. Between 1987 and 1990, blue-collar workers lost 15% of their wages, while their white-collar counterparts gained in the same proportion. Other measures of inequality followed suit.

The same pattern, liberalisation followed by an increase in the earnings of skilled workers relative to the unskilled, as well as other measures of inequality, was found in Colombia, Brazil, Argentina, and India. Finally, inequality exploded in China as it gradually opened up starting in the 1980s and eventually joined the World Trade Organization in 2001.

Of course, correlation is not causation. Perhaps globalisation per se did not cause the increase in inequality.

Trade liberalisations almost never take place in a vacuum : in all these countries, trade reforms were part of a broader reform package. For example, the most drastic trade policy liberalisation in Colombia in 1990 and 1991 coincided with changes in labor market regulation that were meant to substantially increase labor market flexibility. Mexico’s 1985 trade reform took place amidst privatisation, labor market reform, and deregulation.

As we mentioned, India’s 1991 trade reform was accompanied by the removal of the industrial licensing regime, capital market reforms, and a general shift of power and influence to the private sector. China’s trade liberalisation was of course the capstone of the massive economic reform undertaken by Deng Xiao Ping, which legitimised private enterprise in an economy where it had been almost forbidden for thirty years.

It is also true that Mexico and other Latin American countries opened up exactly at the time when China was also opening up, and therefore they all faced competition from a more labor abundant economy. Perhaps that was what hurt the workers in these economies.

So it is difficult to show anything definitive about trade by just comparing countries, because both growth and inequality could depend on so many different factors, trade being just one of those ingredients, or indeed an effect rather than a cause. There has however been some fascinating within-country studies that do throw a shadow over the Stolper-Samuelson theorem.

Looking at different regions within countries clearly reduces the number of potential things going on at the same time that might obscure the effect of trade ; there is usually a single policy regime, a shared history, and common politics, which make the comparisons more convincing. The problem is that the central predictions of trade theory, by their very nature, encompass every market and region in the economy, and not just the ones where imports come in or exports take off.

In the Stolper-Samuelson view of the world there is one unique wage for every worker with the same skills. A worker’s wage does not depend on his sector or region, only on what he brings to the table. This is because the steel worker in Pennsylvania who loses his job because of foreign competition should move immediately to wherever he can find a job, to Montana or to Missouri, to plating fish or making fisher-plates. After brief transitions, all workers with the same skills will earn the same.

If this were true, then the only legitimate object of comparison for learning about the impact of trade would be the entire economy. We would not learn anything by comparing workers in Pennsylvania with workers in Missouri or Montana because they would all have the same wage.

Rather paradoxically, therefore, if one believes the assumptions of the theory, it is almost impossible to test it, since the only impact one observes is the impact at the country level, and we just demonstrated the many pitfalls of cross-country comparisons and country case studies.

However, as we saw with migration, labour markets tend to be sticky. People do not move even when labour market conditions would suggest that they ought to, and as a result, wages are not automatically equalised across the economy. There are in effect many economies inside the same country and it is possible to learn a lot by comparing them as long as the changes in trade policy affecting these sub-economies are not all the same.

Petia Topalova started from the idea that people may be stuck, both in a place and in a line of trade. Her research studied what happened in India after the massive trade liberalisation of 1991. It turned out that even though we think of “India liberalising”, there were very different changes in the trade policy that affected different parts of the country.

This is because even though eventually all the tariffs were brought down to more or less the same level, since some industries were much more protected than others to start with, there were much bigger reductions in tariffs for some industries.

Moreover, India has over 600 districts that differ enormously in terms of the kinds of businesses they are home to. Some are mainly agricultural ; others have steel plants or textile factories. Since different industries fared differently, the liberalisation led to very different reduction in tariffs in different districts.

Petia constructed, for each Indian district, a measure of how much it was affected by liberalisation. For example, if one district mainly produced steel and other industrial manufacturing products, whose tariff dropped from almost 100% to about 40%, she would say that this district was strongly affected by liberalisation. If another district just grew cereals and oilseeds, whose tariff essentially did not change, it was almost unaffected.

Using this measure of exposure, she looked at what happened before and after 1991. The national poverty rate dropped rapidly in the 1990s and 2000s, from about 35% in 1991 to 15% in 2012. But, against this rosy backdrop, greater exposure to trade liberalisation clearly slowed poverty reduction – contrary to what the Samuelson-Stolper theory would tell us, the more exposed a particular district was to trade, the slower poverty reduction was in that district. In a subsequent paper Topalova also found that the incidence of child labour also dropped less in districts more exposed to trade than in the rest of the country.

The reaction to these papers in the economics profession was surprisingly brutal. Topalova ran into a barrage of very unfriendly questions which seemed to imply that she had the wrong answer, even if her methods were correct. How could trade actually increase poverty ?

The theory tells us that trade is good for the poor in poor countries, so her data had to be wrong. Blackballed by the academic elite, Topalova finally took a job at the IMF, which, somewhat paradoxically given that they were the ones who had pushed for the massive liberalisation in the first place, was more open-minded about her research than the academic community.

Her paper was also rejected from the top economic academic journals despite the fact that it eventually inspired a literature dedicated to the debate : there are now many papers applying Topalova’s approach in other contexts and, incidentally, finding the same result, in Colombia, Brazil, and as we will see below, eventually the US. It was only several years later that she got some measure of vindication from academic economists when her findings won the “best paper award” for the American Economic Journal.