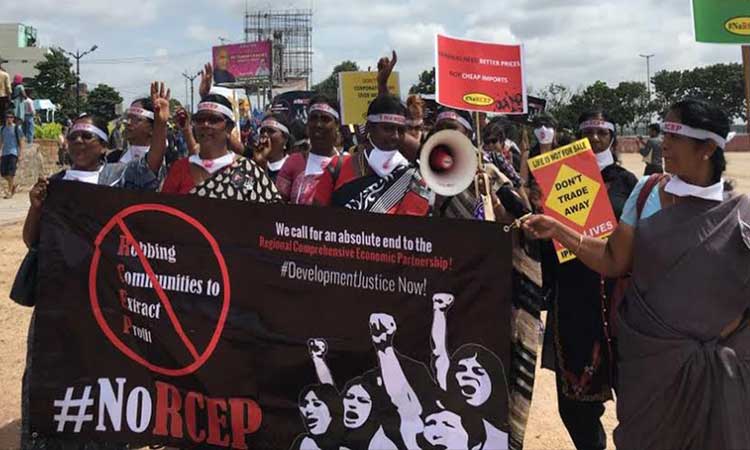 India will register its unhappiness with the “inadequate’’ fresh offers in services made by partner countries negotiating the mega regional comprehensive economic partnership (RCEP) as members converge in Indonesia this week for a crucial round of talks.

“There has been some improvement in the fresh offers on services but it is marginal and falls woefully short of the market access India has been seeking,” a person close to the development told BusinessLine. Most of the 15 partner countries of the RCEP, particularly the 10-member ASEAN countries, have not made any substantial offers in Mode 4 related to movement of workers and professionals, despite repeated push by India.

Other members of the group, which includes China, South Korea, Japan, Australia and New Zealand, too, have not been forthcoming in the area.

“The RCEP, which calls for ambitious tariff dismantling in the area of goods, can make economic sense for India only if it gets a lot of concessions in the area of services. Since the effect of tariff reduction is apparent right from day one and the benefits from services remain in the pipeline for a long time, it is important for the gains in services to be substantial to compensate for all this. Half-baked responses in services won’t do for India,” the official said.

The ASEAN, however, seems to be unperturbed about the imbalance in the negotiations so far between goods and services. It is putting pressure on India to commit to zero tariffs on more than 90 per cent of items for all members including China (with some deviations to protect certain items).

In a recent Indo-ASEAN meeting in New Delhi, Indonesia minced no words in conveying that the 10-member bloc expected India not to block attempts to conclude the RCEP this year.

“I believe India will stand with the ASEAN to conclude the RCEP this year….and will not disappoint,” said Indonesian Trade Minister Enggartiasto Lukita.

Commerce and Industry Minister Suresh Prabhu pointed out that India was looking for an outcome with a balance between goods, services and investments.

In services, India wants that at least the provisions on Mode 4 that were agreed upon as part of the FTA between ASEAN and New Zealand, Australia, should be included in the RCEP, but the ASEAN is not willing to agree to it.

The ASEAN-Australia-New Zealand FTA talks about facilitating the movement of natural persons engaged in the conduct of trade and investment and establishing streamlined and transparent procedures for applications for immigration formalities for the temporary entry of natural persons.

The RCEP aims to be the largest free-trade bloc in the world, covering about 3.5 billion people and 30 per cent of the world’s gross domestic product.