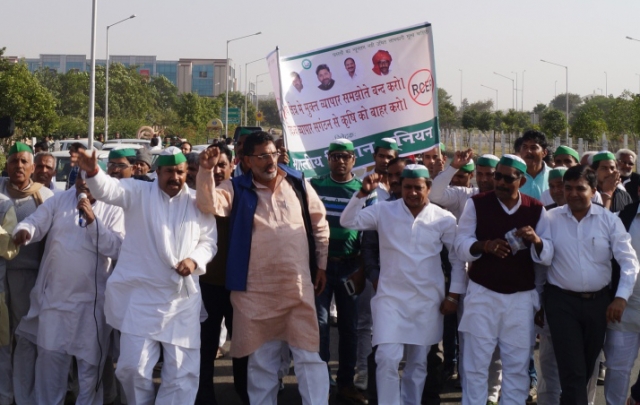 RCEP talks to stretch longer on differences over services

The negotiations for the Regional Comprehensive Economic Partnership (RCEP) involving 16 countries could slow down in the coming months due to a lack of consensus over services.

Some members are unwilling to show flexibility in discussing liberalisation of the services sector, and are instead seeking more relaxation in goods, while India wants a greater commitment from them on services, as it has shown in offering to remove barriers in goods trade, sources told FE. India will likely step up its demand for a deal on services in Perth in Australia where the 12th round of RCEP negotiations are scheduled to take place from April 22.

The absence of a consensus on services may further delay the negotiations, which have already missed the 2015 deadline for conclusion, even as pressure piles up on the bloc to clinch a deal following the Trans-Pacific Partnership between the US and 11 other countries.

India is of the opinion that a liberalisation of services, such as further relaxation in visa regime for a freer movement of professionals, should be addressed along with that of goods, while some other members seem to be interested only in goods, they added. The country is keen on services, as they account for over a half of its GDP.

Some of these members want that a clear-cut ministerial mandate has to be reached first on services at the RCEP before such issues can be taken up, while India argues that even the current mandate doesn’t prevent any discussion on them, said the sources.

India is also miffed that while it has taken its initial offer of removing import duties on 42.5% of tariff lines on goods seriously, many Asean nations that are part of the negotiations haven’t progressed much on their offers.

The movement of natural persons is one of the four ways through which services can be supplied internationally. Also known as “Mode 4”, it covers natural persons who are either service suppliers (such as independent professionals) or who work for a service supplier and who are present in another member to supply a service. India has a vast pool of skilled workers, especially in the IT sector.

RCEP is a proposed free trade agreement between the 10 Asean members and the six countries with which Asean has existing FTAs. These negotiations were formally started in November 2012. It is essentially a mega trade deal that aims at covering goods, services, investments, economic and technical cooperation, competition and intellectual property rights, and is viewed as an alternative to the TPP, which excludes China and India.

Earlier, RCEP members had said a successful trade deal would lead to the creation of the largest free trade bloc, making up for 45% of the global population and a third of the world’s gross domestic product.