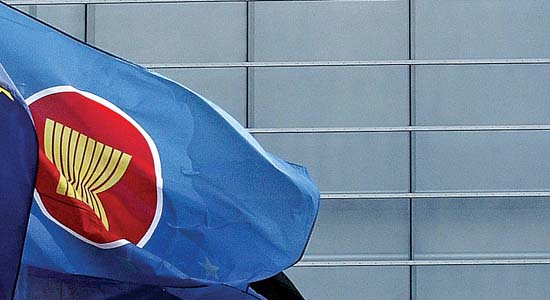 “I am quite hopeful the RCEP will conclude as targeted within the November summit,” Lim told a joint news conference Friday after a meeting of ASEAN finance ministers and central bank governors in the northern Thai city of Chiang Rai. RCEP refers to the Regional Comprehensive Economic Partnership being negotiated among the 10-member ASEAN as well as Australia, China, India, Japan, South Korea and New Zealand.

Those negotiations, he said, are progressing well and according to schedule.

His remarks came in the wake of an RCEP Trade Negotiating Committee meeting in Indonesia in February, which was followed by an RCEP Intersessional Ministerial Meeting in Cambodia last month.

When the 16 nations’ leaders met last November in Singapore on the occasion of an ASEAN Summit, they resolved to reach a final agreement within 2019, after missing a year-end deadline amid disagreements over tariffs and other politically sensitive issues.

The RCEP talks began in 2013 and the initial goal was to wrap them up in 2015. Covering a third of the global economy, it would become one of the world’s largest free trade zones.

Thai Finance Minister Apisak Tantivorawong told the news conference that each country involved in the RCEP negotiations realizes the importance of reaching a deal amid rising trade tensions on the global stage.

According to a joint statement issued after the meeting, the ASEAN finance ministers and central bank governors also held discussions on the use of local currencies for trading to reduce foreign-exchange risks.

Four ASEAN countries — Indonesia, Malaysia, the Philippines and Thailand — are so far working together to establish a local currency settlement framework. That collaboration is expected to expand to encompass other areas, such as cross-border trading between Thailand and Myanmar.

The ministers and governors also discussed cooperation in the areas of payment connectivity, cybersecurity resilience and sustainable finance.

ASEAN has set up the ASEAN Payments Policy Framework to guide cross-border, real-time retail payments across the member states to achieve a more competitive economic bloc.