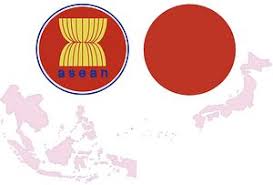 TOKYO (Kyodo) — A revised free trade pact between Japan and the Association of Southeast Asian Nations facilitating the cross-border flow of services and investment entered into force on Saturday.

The deal took effect for Japan and five ASEAN members — Laos, Myanmar, Singapore, Thailand and Vietnam. The five remaining members — Brunei, Cambodia, Indonesia, Malaysia and the Philippines — are set to join after they conclude domestic procedures.

ASEAN as a whole was Japan’s third-largest trade partner after China and the United States in 2019, with exports to the bloc totaling 11.58 trillion yen ($110 billion) and imports worth 11.76 trillion yen, according to Finance Ministry data.

It is a major market for Japanese firms as well as a key link in supply chains, with many companies setting up factories in the region to take advantage of cheaper labor.

The original economic partnership agreement with ASEAN took effect in 2008, becoming Japan’s first multilateral free trade pact. It was focused on eliminating tariffs on goods but provided for further negotiations on services and investment.

Those negotiations began in 2010, with a consensus reached at the ministerial level in 2017. Japan said in June it had concluded domestic procedures, clearing the way for the deal to take effect.

Under the revised pact, the countries are required to maintain transparency in regulating services and not discriminate against foreign investors.

It also establishes a dispute settlement mechanism for companies to sue a government for unfair treatment, as well as rules for foreign travelers to enter and stay in the other countries.

The rules are especially important for Cambodia, Laos and Myanmar, none of which have bilateral trade deals with Japan.

Since signing the deal with ASEAN in 2008, Japan has pushed forward with other multilateral free trade pacts such as the revised 11-member Trans-Pacific Partnership and an economic partnership agreement with the European Union.

Japan is also involved in negotiations for the Regional Comprehensive Economic Partnership, a free trade pact that would encompass ASEAN along with other countries including China, South Korea, Australia and New Zealand.

Negotiations on the deal, known as RCEP, are due to wrap up within the year, though the withdrawal of India has caused some uncertainty.