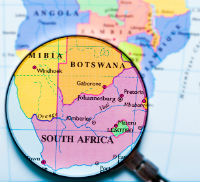 Gaborone — The European Union (EU) and Southern African Development Community (SADC) are on the verge of finalising the signing of an Economic Partnership Agreement (EPA).

Negotiations for the EPA between the EU and SADC were concluded last year.

At a recent meeting held between Botswana’s Trade Minister, Vincent Seretse who is also Coordinator of the SADC EPA Group, and his counterpart in the European Union, Commissioner for Trade Cecilia Malmstrom, the two parties recognised the vast amount of work done thus far.

The SADC EPA group consists of seven SADC member states out of the 15. These are the five Southern Africa Customs Union (SACU) member states Botswana, Namibia, Swaziland, Lesotho and South Africa, plus Angola and Mozambique.

In a statement, the Trade Ministry recently noted that both Minister Seretse and the EU Commissioner have reiterated their full commitment to conclusion of the process leading to the signing, ratification, and enforcing the EPA.

Also on the agenda was the conclusion of the processes towards the signing and ratification of the SADC-EU Economic Partnership Agreement, the upcoming World Trade Organisation 10th Ministerial Conference in Nairobi, Kenya, and other trade issues of mutual interest to the two parties, according to the ministry.

Commissioner Malmstrom did mention that the EU has set aside funds to assist SADC states in implementing the EPA upon its coming into effect.

Malmstrom also indicated that Botswana was eligible to benefit to the tune of Euro 2.6million and urged the country to come up with proposals to motivate for the release of the funding.

The two officials further indicated their sincere hope and commitment that the Nairobi Conference will come up with meaningful outcomes relating to the post-Bali work programme of the remaining Doha Development Agenda issues (inter alia on agriculture) in the form of a political decision which will allow the technical negotiators to come up with agreements thereafter.

Minister Seretse indicated to his counterpart that Botswana had, as recently as last week, ratified the WTO Agreement on Trade Facilitation (ATF).

Commissioner Malmstrom indicated that the internal EU processes leading to ratification of the WTO ATF were at an advanced state in all EU member states and they hope to have concluded them by the time of the 10th Ministerial Conference in Nairobi at the end of this year.

With regards to technical and other assistance for developing and least-developed countries in relation to the implementation of the WTO ATF, Commissioner Malmstrom stated that the EU had set aside the sum of Euro 400 million to assist.

The parties made an in-principle agreement that when the time for signing comes, Botswana will be considered as the preferred host for the ceremony.

SADC member states who are part to the EPA are strong in the export of diamonds and South Africa, Botswana, Lesotho and Namibia’s large share of exports are to the EU.

Other products from the region include agricultural products (beef from Botswana, fish from Namibia and sugar from Swaziland), oil from Angola and aluminium from Mozambique.

South Africa’s exports to the EU are much diversified and range from fruits to platinum and from manufactured goods to wine.

The EU exports a wide range of goods to the SADC EPA countries, including vehicles, machinery, electrical equipment, pharmaceuticals and processed food.

The SADC member states who are party to the EPA are a diverse group with Lesotho and Mozambique considered the least developed countries (LDCs), while countries like Namibia and Botswana are given the upper middle income status.