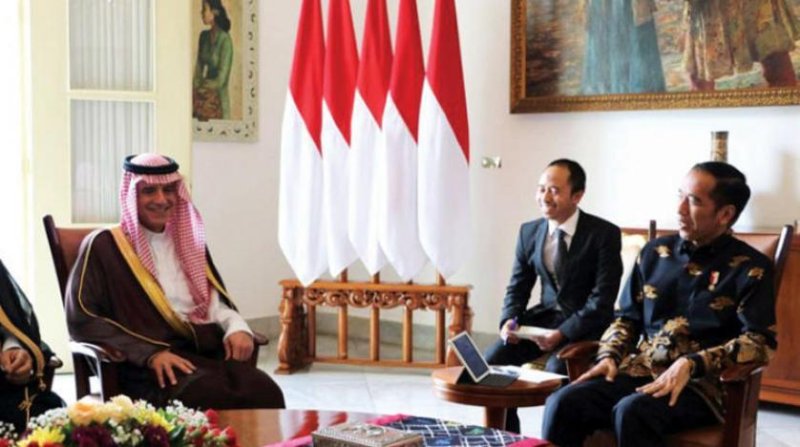 RIYADH: Saudi Arabia and Indonesia will hold their first joint ministerial commission meeting in Jakarta later this week to discuss ways to boost bilateral links, and enhance collaboration on regional and global issues, particularly in the domains of economy, peace, and security. Adel Al-Jubeir will travel to Indonesia to co-chair the meeting from the Saudi side.

“Retno Marsudi, Indonesian foreign minister, will attend the meeting on behalf of Indonesia,” said Arrmanatha Nasir, a spokesman for the Indonesian Foreign Ministry, in a statement on Saturday. This first ministerial meeting on Tuesday, which will focus on broadening relations in diverse sectors, comes after the visit of King Salman to Indonesia in March this year.

Arrmanatha said: “Indonesia will encourage wider market access to export tropical fruit products. This is important to discuss because Saudi Arabia is Indonesia’s largest trading partner in the Middle East.”

“In addition, one of the main issues that will be raised is the protection of more than 600,000 Indonesian workers,” he said.

Riyadh and Jakarta have endorsed two major agreements this month.

As per the first agreement signed earlier this month, Indonesia will now allow domestic workers to again work in the Kingdom. The cooperation deal, which covers a number of domestic professions, was signed by Ahmad bin Suleiman Al-Rajhi, minister of labor and social development, and Muhammad Hanif Dhakiri, Indonesian minister of manpower and transmigration, in Jakarta on Oct. 11.

This month, Indonesia also ratified a defense cooperation agreement that it had inked with Saudi Arabia earlier. Indonesia will also be the “guest of honor” country this year at the 33rd Janadriyah Festival, the Saudi celebration of heritage and culture, the Indonesian Embassy in Riyadh said on Tuesday. King Salman will patronize the opening ceremony of the festival on Dec. 31.

The Kingdom and Indonesia, the two OIC member nations, has had diplomatic ties since 1950. Indonesia seeks more engagement with the six-nation Gulf Cooperation Council (GCC). As such, Indonesia is currently proposing to have a Comprehensive Economic Partnership Agreement (CEPA) with the GCC countries.

According to the Indonesian Ministry of Trade Report, the volume of trade exchange between Indonesia and GCC last year amounted to $10.3 billion. GCC enjoyed a surplus of $3.3 billion mainly on account of its oil and gas exports.