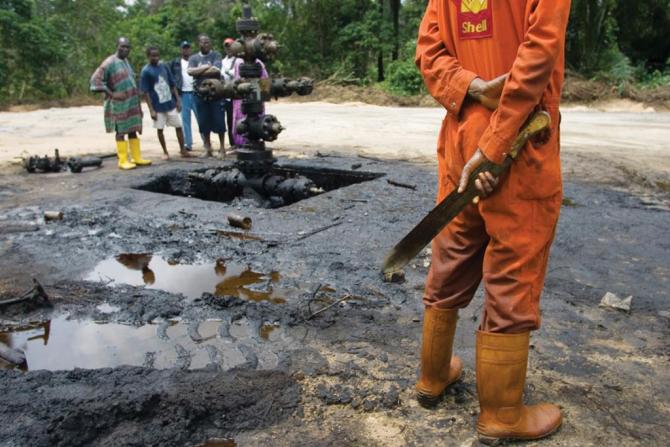 Shell used the investment agreement between the Netherlands and Nigeria to obtain a lucrative oil field at remarkably good conditions. This follows from internal e-mails from the oil company. Friends of the Earth Netherlands and the Dutch Centre for Research on Multinational Corporations (SOMO), publish the reconstruction of the case today (in Dutch only).

Shell and the Italian ENI paid 1.3 billion dollars for the rights to the oil field. A large part of this money did not end up with the Nigerian government but disappeared in the pockets of corrupt politicians. Shell and ENI are accused of having known this and are being prosecuted about this by the Italian government.

Shell used the investment agreement between Nigeria and the Netherlands to file an ISDS claim. ISDS (Investor-to-State Dispute Settlement) gives multinationals a powerful tool to sue a government and claim compensation if the company thinks it is disadvantaged by government policies. Very little is known about the course of most ISDS cases, but the internal emails from Shell provide a unique insight into how a multinational can use an ISDS case to put pressure on a government.

Former Shell-CEO Jeroen van de Veer threatened the Nigerian president with a claim for damages if Shell would not get the concession. However, the leaked emails and documents show that Shell never expected a compensation; the company was only interested in obtaining the rights to the oil field back. “It is clear that in almost all cases a deal generates more money […] than an arbitration case”, Shell’s lawyers write in 2007.

Eventually, after a long process, Nigeria gives in and Shell and ENI obtain the rights to OPL 245 under very favourable conditions. A few weeks after the deal is signed Shell officially withdraws the claim. Nigeria misses out on an estimated 4.5 billion dollar in tax revenues from this oil field, according to research from Resources for Development Consultancy.

Freek Bersch, campaign manager at FOE Netherlands: “Shell’s appetite for oil has no limits. They blackmail with claims for damages, conclude deals involving bribes and pump up huge quantities of oil despite the Paris Climate Agreement.”

Bart-Jaap Verbeek, a researcher at SOMO states: “For years, Shell claims that it has no legal ties with their subsidiaries in Nigeria. This case shows that they are very opportunistic with their complex structure.”