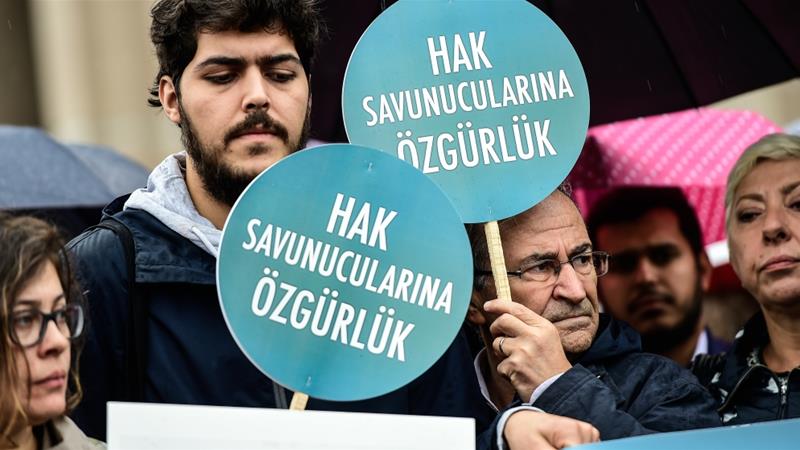 The Swiss government has delayed fully signing off on an expanded free-trade deal with Turkey amid concern about human rights abuses, the NZZ am Sonntag reports.

Though the updated trade deal between EFTA (European Free Trade Association) countries, including Switzerland, was ratified by parliament last June, Swiss authorities have since decided to delay implementing, the newspaper reports.

Economic officials communicated this position to politicians in response to questions raised over the past weeks, while the parliamentary foreign affairs committee has asked to be consulted on any future decisions to sign-off on the accord – due to current tensions in Turkey.

Contacted by the newspaper, the economics ministry simply stated that there was no pressing urgency to finalize the deal, which is also not yet fully ratified by Ankara.

However, the NZZ writes, the deal joins a list of previously-penned – but not implemented – agreements signed with Turkey.

For example, last Autumn the Senate suspended an automatic exchange of information accord, citing human rights abuses. An agreement on the returning of asylum seekers has also been blocked for years due to concerns on both sides.

Though ratified by politicians, the trade deal has also previously been slammed by various organisations in Switzerland. Many left-wing politicians were also critical of the deal.

Parliamentarian Fabian Molina of the left-wing social democrats told the NZZ that putting the deal on ice, for now, was the least that should be done.

“In light of international law and human rights abuses, it would be incomprehensible for economics minister Guy Parmelin to sign off on this deal right now,” he said.