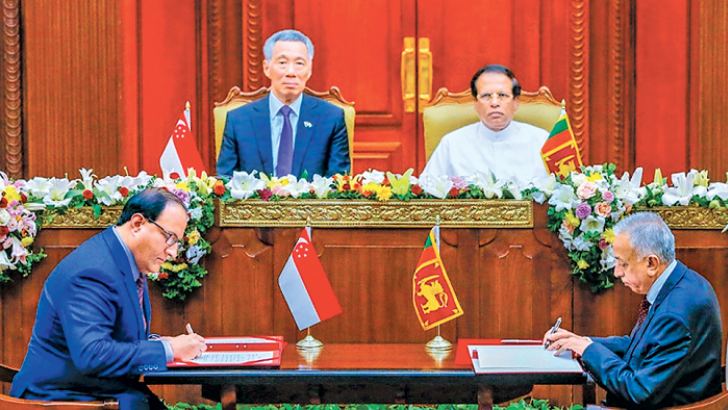 The Singapore Prime Minister arrived in Sri Lanka yesterday for a three-day official visit on an invitation extended by the President.

The Minister for Development Strategies and International Trade Malik Samarawickrama and Minister for Trade and Industry of the Republic of Singapore S. Iswaran signed the Free Trade Agreement on behalf of the respective Governments, in the presence of President Sirisena, Prime Minister Lee Hsien Loong and Sri Lankan Prime Minister Ranil Wickremesinghe.

Under the FTA, Singapore and Sri Lanka companies will gain greater access to each other’s markets across many sectors, Singapore’s Ministry of Trade and Industry (MTI) said.