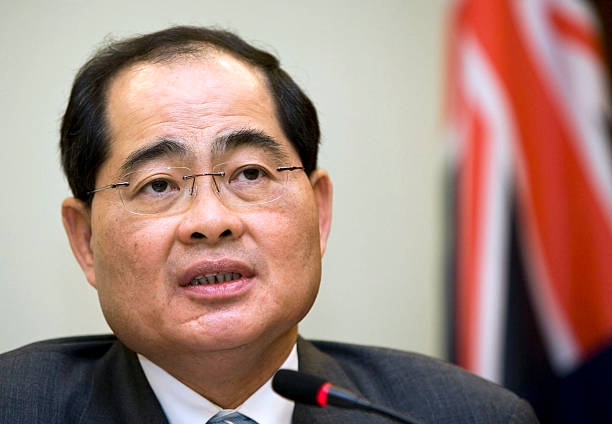 Singapore’s Minister for Trade and Industry (Trade) Lim Hng Kiang said on Thursday all ASEAN members must keep pursuing deeper economic integration and liberalization so that citizens can enjoy the benefits of their collective community efforts.

Singapore’s economic objectives this year include deepening regional connectivity to position ASEAN as the region for increasingly seamless economic activity and growing opportunities.

Lim made the statement at the 24th ASEAN Economic Ministers’ (AEM) Retreat on Thursday morning, in which the ministers will discuss matters related to the ASEAN Economic Community (AEC), including the implementation of the AEC Blueprint 2025 in deepening economic integration.

The Singaporean minister said ASEAN is poised to benefit from the rise in investment, manufacturing activities and trade, and will benefit from pushing forward the implementation of the AEC.

He quoted experts as saying that ASEAN is expected to become the world’s fourth largest economy by 2030, as the young population, growing middle class and rapidly increasing urbanization build up ASEAN’s potential that has yet to be fully realized.

ASEAN economic ministers will also discuss the priority economic deliverables that Singapore has put forward as chair of ASEAN this year.

According to Lim, Singapore’s economic objectives this year include deepening regional connectivity to position ASEAN as the region for increasingly seamless economic activity and growing opportunities.

The minister said innovation and the digital economy are key areas that Singapore intends to pursue under its chairmanship. The city-state aims to promote innovation, build up digital connectivity, and facilitate e-commerce flows.

He also called on the ASEAN members to enhance and upgrade their trade architecture by improving trade facilitation, deepening services and investment integration, cultivating a conducive regulatory environment and progressing ASEAN’s external relations.

The retreat and two related meetings, namely the 16th AEM-European Union Trade Commissioner Consultations and the fourth intercessional Regional Comprehensive Economic Partnership (RCEP) Ministerial Meeting, will be held from March 1 to 3. At the latter one, ministers from the 16 RCEP participating countries will discuss ways to progress the RCEP negotiation.