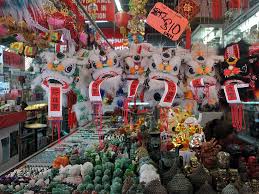 Singapore said yesterday that it is in contact with South American bloc Mercosur after a member state pulled out of talks on new free trade agreements (FTAs) that the group is negotiating beyond the region.

Argentina announced on April 24 its decision to withdraw from ongoing negotiations on potential trade deals, including one between Mercosur and Singapore, saying it needs to focus on the growing economic crisis at home amid the coronavirus pandemic.

Mercosur is a Customs union comprising Argentina, Brazil, Paraguay and Uruguay, with a collective market of more than 260 million people and a gross domestic product of US$2.5 trillion (S$3.54 trillion).

Negotiations for a Mercosur-Singapore Free Trade Agreement (MSFTA) were launched in July 2018.

"The Ministry of Trade and Industry (MTI) is in contact with the Mercosur and understands that its member states are currently in discussion on the revised modality for proceeding with the Mercosur-Singapore FTA in the light of Argentina’s announcement," a spokesman for the ministry said in an e-mailed response to queries from The Straits Times.

"We remain ready to work with our Mercosur partners, with a view to continuing negotiations at the earliest opportunity," said the MTI spokesman.

Argentina’s Foreign Ministry had said separately that it will continue to work with Mercosur to push forward deals with the European Union and the European Free Trade Association, which have already been agreed in principle.

FTAs are treaties which make trade and investment between two or more economies easier by lowering or removing tariffs and other barriers on imports and exports.

The MSFTA is aimed at encouraging more trade and reducing barriers for Singapore businesses to explore opportunities in the Mercosur markets. It will also facilitate investments from companies in the four-nation bloc that are keen to expand their presence in South-east Asia by using Singapore as a regional hub.