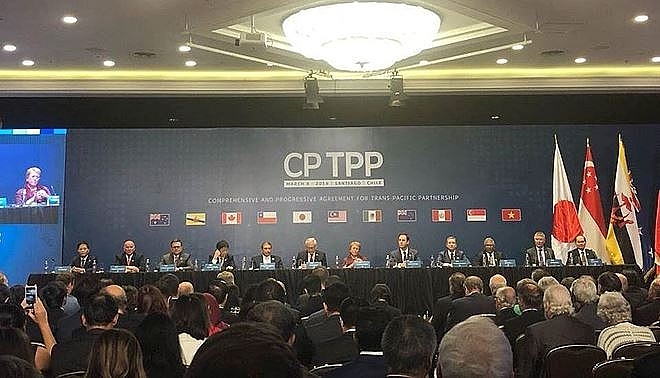 SINGAPORE: Singapore on Thursday (Jul 19) ratified the Comprehensive and Progressive Agreement for Trans-Pacific Partnership (CPTPP), becoming the third nation to do so after Mexico and Japan, the Ministry of Trade and Industry (MTI) said in a press release.

The CPTPP - a new version of the Trans-Pacific Partnership (TPP) - was signed by the remaining 11 countries of the TPP earlier this year, following the withdrawal of the United States.

Negotiations on the CPTPP were concluded on Jan 23, 2018, in Tokyo and the agreement was subsequently signed on Mar 8 in Santiago, Chile.

It will enter into force 60 days after six of the 11 signatories ratify the agreement.

"The CPTPP is a high-quality agreement which will reduce market barriers and foster trade in a combined market of 500 million people with a gross domestic product of US$10 trillion (S$13.6 trillion)," said MTI.

The agreement establishes rules in new areas such as e-commerce, it added.

“The CPTPP is an important agreement that will complement Singapore’s existing network of bilateral free trade agreements," said Minister for Trade and Industry Chan Chun Sing.

"It will strengthen trade among countries in the Asia-Pacific, resulting in a more seamless flow of goods, services and investment.

"Against the current backdrop of trade tensions and anti-globalisation sentiments, the CPTPP sends a strong signal of our commitment to trade liberalisation and a rules-based trading system."

Mr Chan added that the CPTPP was an "open and inclusive" agreement.

"We welcome like-minded parties to join the CPTPP after it has entered into force," he said.

In a Facebook post on Thursday, Mr Chan added that the CPTPP will bring benefits to small and medium-sized businesses as it "promotes innovation, productivity, competitiveness and inclusive trade".

He also said he looks forward to the prompt ratification of the pact so that businesses can reap the benefits of the agreement soon.

Singapore companies that are interested in business and investment opportunities in the CPTPP countries can contact Enterprise Singapore or refer to the MTI website for more information, the ministry said.

"We look forward to more CPTPP members ratifying the agreement soon – once three more countries do so, we will have six and the CPTPP will come into effect," he added.