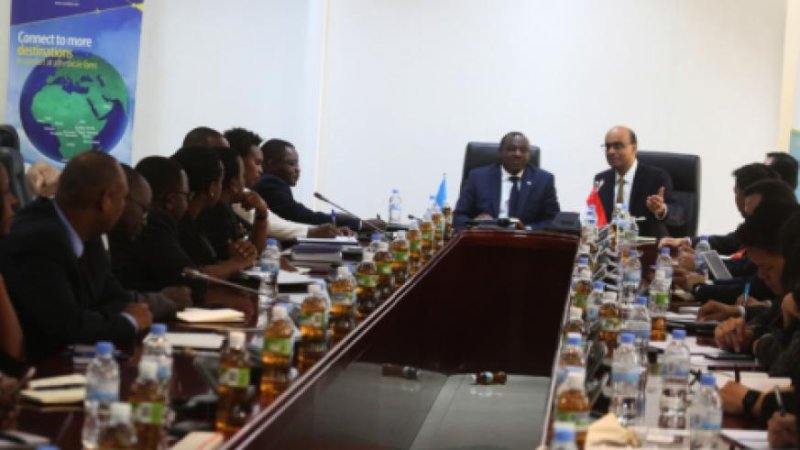 The Singaporean Deputy Prime Minister and Coordinating Minister for Economic and Social Policies, Tharman Shanmugaratnam, is in the country for a two-day working visit to discuss investment and business ties between Singapore and Rwanda.

Before holding a combined meeting earlier today with the ministers of Infrastructure, Trade and Industry, Finance and Economic Planning and the National Bank of Rwanda, Shanmugaratnam paid homage to Genocide victims at Kigali Genocide Memorial in Gisozi sector.

During this meeting, Infrastructure Minister Claver Gatete noted that in recent times Singapore and Rwanda have hosted pertinent bilateral exchanges in trade, financial, investment, development and other sectors.

“We can do more and better so that the existing partnership gets strengthened,” said Gatete.

During the meeting, the Singaporean Deputy Prime Minister revealed that greater connections to the global air transport network and a competitive airline market can highly boost Rwanda’s airline industry.

Later in the afternoon, Shanmugaratnam is due to meet Prime Minister Edouard Ngirente where two countries will sign two agreements on bilateral investment treaty and the bilateral air service agreement.

Singapore and Rwanda established diplomatic relations on 18 March 2005, and have penned a host of trade agreements since then.

Visa restrictions were lifted for nationals of Singapore and Rwanda when travelling between the two countries and the High Commission of the Republic of Rwanda in Singapore was officially opened in 2008.

An agreement to avert double taxation was signed between the two countries in August 2014 in order to facilitate bilateral trade.