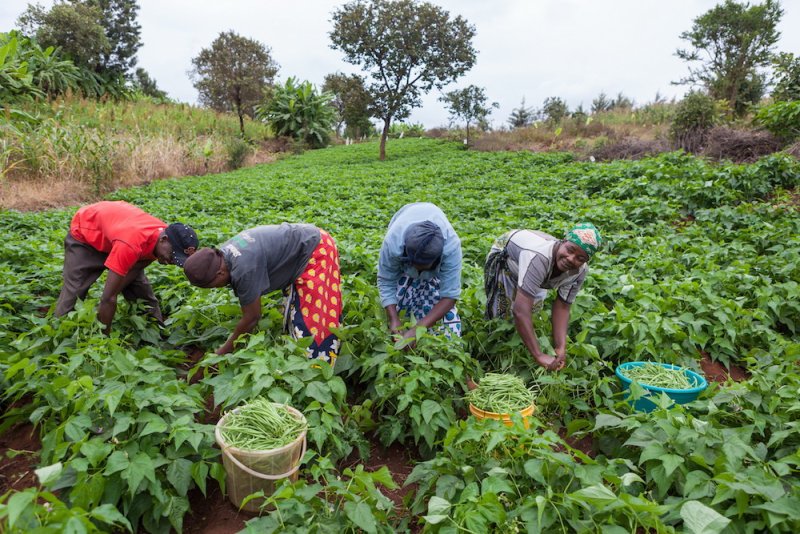 Representatives of La Via Campesina in Southern and Eastern Africa (LVC SEAf) and in European (ECVC) small-scale farming agree that free trade agreements (FTAs) on farm products benefits primarily transnational corporations and furthers the industrialisation of agriculture. All at the expense of local food production.

The Kenyan Peasants League – member of LVC in SEAf region, and the LVC SEAf Secretariat, met Tuesday June 12 in Copenhagen with representatives of Danish small scale farmers, Frie Bønder – Levende Land /La Via Campesina Denmark (FBLL- LVC DK). The meeting was organised with the support of Afrika Kontakt, and the discussions focused on issues of common interest and future collaboration.

In Africa, most food is produced and consumed locally, and its farmers would like their food systems to continue. Truly sustainable farming and local production and consumption of food are increasingly under threat from climate change, and extractive industries including a strong push for the re-indutrialization of African farming and food systems. The farmers are forced off their land and their rural communities are destroyed.

“Danish and African small-scale farmers share a strong interest in mitigating climate change and preventing the dumping of European (and North American) farm products into food markets of countries of the Global South,” say Ole K. Davidsen and Ole Faergeman of FBLL. They add that investors in Danish pension funds could help Africans and planetary climate by refusing to invest in funds that reinvest in destructive activities such as the coal mining currently destroying great tracts of land in the southern Africa.

“In Africa we are in need of true democratic control of the decisions that direct the evolution of food systems so that we can avoid the mistakes made in Europe, i.e. the policies for farming that have resulted in mass migration from the countryside to cities and, indeed, contributed to catastrophic climate change,” says Mateus Santos of the LVC SEAf secretariat. David Otieno agrees and adds, “In Kenya, land is classified as public, private or community land. Huge chunks of land are community land, but most of it has not been demarcated and is therefore held in trust by county governments. It is crucial that farmers have access to community lands.”

The Danish and African small-scale farmers share the belief that ”globalisation” should mean exchange of ideas rather than exchange of money and the transport of food across great distances. Years ago, La Via Campesina launched the idea of ”Food Sovereignty.” Today that idea is inscribed in the constitutions of some countries, and it continues to evolve in the great debate about the future of farming.

In a communique from the meeting in Copenhagen, the small-scale farming organisations say that “We want to inspire and support each other in the struggle – based on fundamental democratic principles – to maintain and develop farming that is truly sustainable and truly local for the benefit of the people in Africa as well as in Northern Europe”.

WE FEED THE PEOPLE, AND BUILD THE MOVEMENT TO CHANGE THE WORLD!