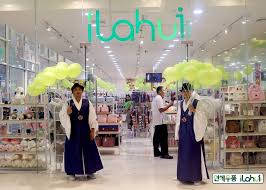 South Korea and the Philippines are expected to sign next month an expanded free trade agreement to further boost the two countries flourishing commercial trading, according to South Korean Ambassador Han Dong-man.

Han made the disclosure to diplomats attending the Korea National Foundation Day Celebration and Armed Forces Day at the Makati Shangri-La Tuesday night.

He said in 2018, trade volume between South Korea and the Philippines reached USD15.6 billion, an increase of 9.3 percent compared to the previous year.

“To expand our trade relations, negotiators from Korea and the Philippines are working hard to reach a deal on a free trade agreement between our two countries,” Han said.

“We are now approaching the conclusion of the bilateral trade agreement, which is poised to be signed by the end of November,” he added.

Han cited the outstanding leadership of Trade Secretary Ramon Lopez for the expanding trade relations between South Korea and the Philippines.

“I am confident that this bilateral deal will further enhance our business ties and benefit both economies,” he said.

With regards to “people-to-people exchange, South Korea is the Philippine’ largest source of foreign tourist visitors,” he said.

In 2018, some 1.6 million Koreans visited the Philippines and Han said he made a promise to President Rodrigo Duterte to bring up the number to two million per year during his term.

On the other hand, many Filipinos are also visiting Korea as Korean entertainers such as K-pop. Korean food and K-cosmetics are well-known all over the Philippines.