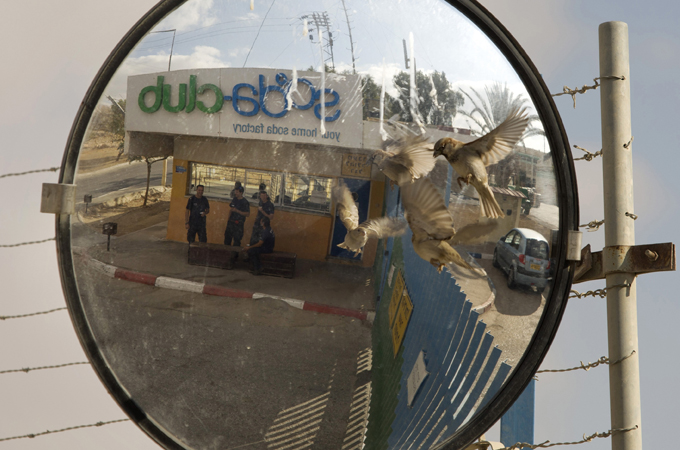 According to Who Profits, there are 136 Israeli companies operating in the West Bank and Golan Heights [AP]

South Africa: What’s in a Label?

A new law requiring Israel to label products made beyond the Green Line will empower civil society.

South Africa’s recent demand that products originating in Jewish settlements in the occupied West Bank and Golan Heights remove the label "Made in Israel" is extremely significant - much more so than the European Union’s decision to deny these products preferential status and subject them to customs duty.

Indeed, in 2001, the European Commission decided to implement the rules of origin clause in its Association Agreement with Israel, noting that "places brought under Israeli administration since 1967... are not entitled to benefit from the preferential treatment under the Agreements". The EU decision aimed to correct an alleged case of massive fraud involving the regulations on rules of origin, which appear in the trade agreement. Consequently, only goods produced inside the internationally recognized borders of Israel would be eligible for a reduced tariff rate, while those produced outside would pay customs’ duty as required by law.

Under the terms of the arrangement hammered out between the EU and Israel in December 2004, Israeli customs authorities are required to provide the precise name of the city, village or industrial park and accompanying postcode, where the production takes place. The European customs officers have a list of Israeli settlements that fall beyond Israel’s 1967 borders, and when they identify a product from the settlements, they subject it to the seven per cent customs’ duty. However, the agreement stipulates that Israeli products from the Occupied Territories continue to be labeled "Made in Israel".

The economic impact of implementing the rules of origin has been negligible. According to Who Profits - www.whoprofits.org - an organization that monitors Israeli industry in the Occupied Territories, there are 136 Israeli companies - such as, Bagel Bagel and Soda Stream - operating in the West Bank and Golan Heights, that export goods to the EU. Ninety-six of these companies have headquarters inside Israel proper (the pre-1967 borders based on the 1949 armistice agreement), and it appears that some use postcodes from within Israel so as to make the case that the merchandise sent to the EU is not manufactured in the Occupied Territories.

Even those companies that do not have plants in Israel have not suffered due to the imposition of customs duties, since Israel has established a compensation mechanism for Israeli exporters from the settlements. The government, put simply, has decided to absorb the cost of the duties, thus guaranteeing that the companies in the Occupied Territories do not incur any losses. In 2011, the Israeli government allocated US $3 million to this fund. Taking into account that the EU is Israel’s biggest trading partner and that exports from Israel to the EU during that year were over $12.5bn, Israel’s losses due to the implementation of the rules of origin have been insignificant at best.

The recent South African decision is very different, even though it also is based on rules of origin. By requiring Israel to change the label of products manufactured beyond the Green Line, South Africa empowers its own civil society, enabling consumers to decide whether or not they want to purchase a given product. This may very well provide the necessary incentive to push Israeli companies in the Occupied Territories to move back to Israel.

According to Who Profit, since 2001, when the EU began threatening to implement the rules of origin, only one out of well over a hundred Israeli export companies in the West Bank and Golan Heights has relocated to Israel. There was simply no incentive, because Israel compensated the companies for their losses, and the EU negotiators had disempowered their own citizens by agreeing that the labels remain "Made in Israel". Due to the agreement EU consumers had no way of knowing where the products they were buying actually come from and could not show their dissatisfaction with Israel’s occupation.

The South African decision not only undermines the fraudulent practice of labelling products made outside Israel as if they were made in Israel, but more importantly, it empowers consumers by allowing them to shop in a way that accords with their moral convictions. If the United Kingdom and Denmark follow suit, then other countries will also likely join the bandwagon, making it possible for international civil society to help - in concrete ways - put an end to Israel’s occupation.

Neve Gordon is the author of Israel’s Occupation and can be reached through his website: www.israelsoccupation.info.