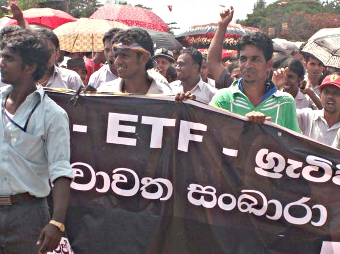 Sri Lanka’s Institute of Policy Studies has started to study the feasibility of joining the Trans Pacific Partnership, which will connect people across Asia and the Americas, a top economist has said.

"There should be a serious investigation about Sri Lanka joining the TPP, which would be a big spur to domestic reforms," Razeen Sally, an international economist who is also chairman of Sri Lanka’s Institute of Policy Studies told a forum at Ceylon Chamber of Commerce.

"IPS is going to do a feasibility study on it, the government has asked it to do it."

The TPP will cover about 40 percent of the global economy and a third of international trade with 12 members including the US and Japan.

"It would bring significant export market access fir Sri Lanka, were it to join, firstly. Secondly it provides pro-market rules to open up the economy which would bring even bigger benefits to Sri Lanka.

"Thirdly it means if we are out of it, it would be much harder to get into global value chains."

Countries in East Asia including Vietnam, where many trade freedoms have been given to the people, and their investment protection is strong, have found it easy to join the deal.

Sally, said Sri Lanka should also look at striking free trade deals with the US and EU which are already top export destinations.