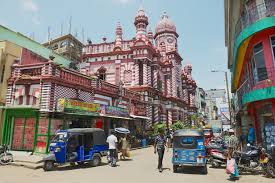 Sri Lanka to review feasibility studies of all proposed FTAs

By Nishel Fernando The Development Strategies and International Trade Ministry has decided to review all feasibility studies carried out for proposed Free Trade Agreements (FTAs) with the assistance of experts in international trade at the Department of Commerce (DoC), following heavy criticism levelled at the Sri Lanka-Singapore Free Trade Agreement signed last year.

The Ministry Secretary S.T. Kodikara told Mirror Business that this is a fresh effort to ensure that Sri Lanka enters into future FTAs without causing any harm to the national economy, while gaining the maximum benefits out of them.

“We have decided to review the feasibility studies prior to entering into FTAs. It’s a new effort by the ministry,” he stressed.

Moving forward, Kodikara said that as an expert organisation in foreign trade policy formulation and all related coordination and implementation matters, DoC will have a greater involvement in the process of entering into future FTAs. Kodikara noted that the ministry has already tasked several experts in the field of international trade to submit a report on the benefits of the proposed the Economic and Technology Co-operation Agreement (ETCA) to Sri Lanka.

According to the Development Strategies and International Trade Ministry, a feasibility study on ETCA has already been concluded by a study team in collaboration with the Institute of Policy Studies (IPS).

Sri Lankan and Indian FTA negotiators have already completed 11 rounds of negotiations on ETCA. However, Kodikara said that there were still sectors and areas to be finalised. Meanwhile, Kodikara also revealed that several selected experts and expert organisations have already reviewed the feasibility study of Sri Lanka – Thailand FTA, and the ministry has passed down the experts’ reports to DoC to compile a comprehensive report with their views.

“We have selected a number of experts and expert organisations such as the Central Bank and the Department of Trade and Investment Policy for this task and we have already received their views. Consequently, we have passed down all the reports to the Department of Commerce and requested them to submit their views on comments made by those agencies and experts,” he said.

He noted that the ministry will decide on the future course of actions on the proposed Sri Lanka – Thailand FTA once the DoC submits a comprehensive report. Sri Lanka and Thailand in July last year launched FTA talks for the proposed FTA. The Department of Trade Negotiations (DTN) of Thailand recently stated that Thailand plans to complete the drafting of the terms of the FTAs with Sri Lanka by the end of 2019 with expectations of signing and enacting the FTA in 2020.

Development Strategies and International Trade Minister Malik Samarawickrama has appointed a three-member expert committee to review the report by the Committee of Experts (CoE) appointed by President Maithripala Sirisena on Sri Lanka-Singapore Free Trade Agreement (SLSFTA) and to submit recommendations for necessary action.

After evaluating the SLSFTA, the five-member CoE chaired by Professor W.D. Lakshman submitted the report to President Maithripala Sirisena on December 10. However, the Development Strategies and International Trade Ministry Secretary S.T. Kodikara told Mirror Business that his ministry is yet to receive the CoE report officially.

He said that Samarawickrama nevertheless has appointed a three-member expert committee comprising officials from the Attorney General’s Department and the Development Strategies and International Trade Ministry to review the CoE report.

Referring to the CoE report, President Sirisena said that the SLSFTA had rushed without proper consent of stakeholder institutions.

He also told Prime Minister Ranil Wickremesinghe and the Cabinet of Ministers that the SLFTA should be temporarily suspended and it had to be revised or abolished altogether.

“The minister has already appointed a committee to review and submit the recommendations to take necessary actions. If there’s any requirement to revise or amend the agreement, we can do that within the agreement. There’s no problem,” he stressed.

He added that once the report is officially received, the three-member expert committee will submit their views in a matter of days and the ministry will take necessary action to amend the agreement based on the recommendations of the expert committee.

According to the chapter 17 of SLSFTA, a joint committee comprising representatives from Sri Lanka and Singapore has to be formed and the first meeting of the committee has to be held within one year after the SLSFTA comes into force. The joint committee has also provisions to consider and recommend amendments to the agreement.

“After forming the joint committee, if we want we can revise or amend the agreement, it can be done,” Kodikara noted.