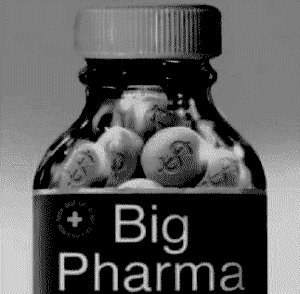 Developed countries continue to put pressure on India to move to stricter intellectual property regimes that would favour multinational pharmaceutical countries over generic drug manufacturers. A new leaked document shows that the Swiss government is pushing for more patent protections and data exclusivity in negotiations for the Trade and Economic Partnership Agreement or TEPA between India and the European Free Trade Association being held in New Delhi.

The European Free Trade Association is a bloc of four European countries – Switzerland, Iceland, Norway and Liechtenstein. A document shared on Wednesday by the non-profit organisation Knowledge Ecology International in Washington DC shows that the Swiss government has asked the Indian government to do away with its legal provisions for compulsory licensing, which is crucial for production of generic medicines in India.

Compulsory licensing is when a government allows a party to produce a patented product or undertake a patented process without the consent of the patent owner. It is one of the allowances made under the Trade-Related Aspects of Intellectual Property Rights agreement or TRIPS, which is the World Trade Organisation’s agreement on intellectual property. Compulsory licences are granted to prevent abuse of patents in creating monopolies and to address public health concerns.

The free trade agreement negotiation document shared by Knowledge Ecology International, in a section titled “Chapter on the protection of Intellectual Property – Note by Switzerland”, mentions a phone call between Commerce Minister Nirmala Sitharaman and Swiss Economics Minister J Schneider-Ammann that took place on March 2 this year. Following the call, the Swiss government submitted a note to the Indian government in the run-up to the talks being held from 22 March to 24 March.

The note says that an important aspect of this trade agreement is innovation and expansion of business for companies of the involved nations. The two main areas of concern are patent protection and data exclusivity. Under patent protection, the note says, “The sole fact that a product is imported into a country and not locally produced shall not be a ground for a compulsory licence (CL) to be issued against the importing country.”

Public health activists are worried about the tone of this note. “These proposals go against India’s stated position on FTA which is that India will not allow any change in its patent laws, including compulsory licencing,” said KM Gopakumar of Third World Network and an expert on IP related laws. “Compulsory licencing is a provision that can be invoked to allow local producers to manufacture a drug. This leads to generic competition which keeps prices of medicines low. India is among the largest producers of generic drugs and taking away compulsory licencing will be disastrous for [the] generic industry.”

Gopakumar thinks that the move to restrict compulsory licencing in India has come from Swiss companies Novartis and Roche. Both pharmaceutical giants have faced trouble in Indian courts regarding patents for expensive medicines.

In the landmark case Novartis vs Union of India, the Indian Supreme Court dismissed Novartis’ plea to patent the blood cancer drug Glivec. Earlier in March this year, the Delhi High Court ruled that Roche’s cancer drug trastuzumab may be sold by generic producers Biocon and Mylan, thus ending the monopoly of Roche. Trastuzumab is effective for three types of cancer. Roche wanted generic versions to be used only for one type of cancer on grounds of data exclusivity. Data exclusivity disallows clinical trial data generated by one company to be used by another company to get approvals to market generic versions of the drug for which the trial was conducted.

The Swiss government has also asked India to accept provisions of data exclusivity in the Free Trade Agreement. Conducting clinical trials is expensive and will discourage generic manufacturers from producing new drugs.

“Data exclusivity works like patents,” said Biswajit Dhar of the economics faculty at Jawaharlal Nehru University. “If a company continues to be sole producer even after [the] patent term is over, then what’s the difference?”

The Swiss government’s note claims that investment in generating test data accounts for approximately 50% of the time and costs incurred in developing a new substance for a drug and that data exclusivity will act as an incentive to conduct research and development.

“Policies cannot be made on speculation,” countered Gopakumar. “There needs to be transparency on costs incurred by the companies in research and development. The companies do not share verifiable data on their accounts and use this as argument to boost their profits.”

The Swiss government’s note also says that India needs to change its position on patents in order to tie up the agreement with EFTA.

“They want to assess the level to which [the] Indian government can bend,” said Dhar. “We expect our government to not relent at all from its stated position.”