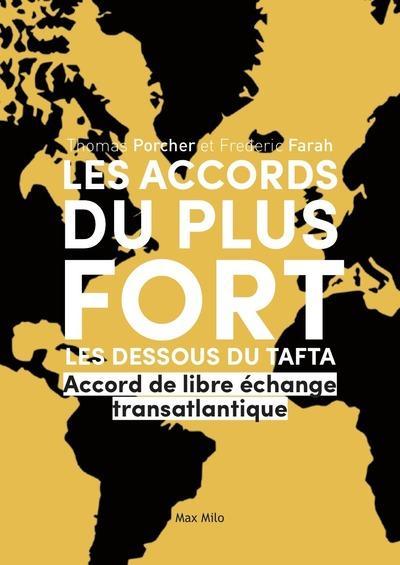 This is a free translation by Anoosha Boralessa (April 2015). Not reviewed or revised by bilaterals.org or any other organization or person

TAFTA: the myth of job creation

While the seventh round of negotiations on the transatlantic treaty commenced on Monday near Washington, Marianne interviewed the economist Thomas Porcher on job creation. Porcher co-authored the paper, “TAFTA: L’accord du plus fort” with Frederic Farah.

Marianne: The Transatlantic Treaty aims at creating a huge free trade area between the United States and Europe. Karel de Gucht, the European Trade Commissioner promises the creation of “millions of jobs”. What are your thoughts on this?

Thomas Porcher: I don’t think that would be possible. In 1994, the North American Free Trade Agreement (NAFTA) has already promised job creation through the creation of a vast free trade area between the US, Canada and Mexico. However as far as NAFTA is concerned, today we can note that the results are bad: the US has lost more than a million jobs between 1993 and 1999. During this same period, Mexico has also lost approximately a million jobs in corn growing. As far as a transatlantic treaty is concerned, the European Commission has commissioned four studies to evaluate the economic impact of this partnership. Only one of them predicts that two million jobs will be created on both sides of the Atlantic. But to reach this figure, the study started from the hypothesis that non-tariff barriers, namely consumer protection regulation would be reduced by 25%. But no one has said that. All the negotiators mention is a supposed positive impact on the jobs market.

And what would be its impact on growth? In the most optimistic scenario, there would be a 1.3% increase in European GDP … in 10 to 20 years! This in no way responds to the urgency represented by the 25 million unemployed currently in Europe. Most studies consider that this increase will be less than 1%. Furthermore, these forecasts are based on linear and constant global development and ignore all political or economic change. But some events may alter these forecasts just as the sub prime crisis did in the late 2000s. Finally, these studies also start from the principle that lowering prices will automatically increase consumption – as if consumers were robots, homines economici. However, some studies that focus more closely on consumer behavior, show that consumers are not necessarily attracted by products sold at cut prices but take shelter in straightforward values and product durability.

Who benefits from this double talk? Multinationals. It is in their interest that consumer protection is cut back. Where the issue is loosening up regulation to facilitate their business, American and European firms forget their rivalry and sing from the same sheet. Also lurking behind this treaty is a major geopolitical stake. If the United States convinces Europe to agree to watering down its standards, notably in electronics, third countries, external to the treaty, will also be forced to make similar adjustments under the penalty of falling behind. The desire to dam up India’s and China’s surge in the power is clearly at work in this story. Then again – why hide it?