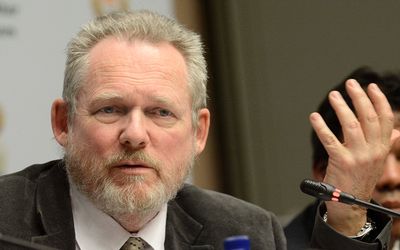 The record should be set straight. We have repeatedly stated that South Africa has and will continue to offer robust protection for foreign investors. We are in the process of further strengthening this protection for all investors in a transparent and nondiscriminatory manner without limiting protection to only some foreign investors who were covered under outdated bilateral investment treaties.

It is important to recall that when South Africa undertook its democratic transition in 1994, particularly before the finalisation of our constitution, there were investors who were unsure about the future direction of economic policy in the country. At that time we signed bilateral investment treaties to give the comfort to those foreign investors that their investment would be protected in South Africa. These included some, but not all, EU member states and certainly not all countries from which we have received investment.

It is common cause that old-style treaties, concluded in the 1990s, no longer meet the needs of today’s changed world. Evidence the world over has amply demonstrated that there is no correlation between the investment treaties and foreign direct investment flows. In other words, investors rarely, if ever, base their decision to invest or not in a country on the presence or absence of a bilateral investment treaty.

That South Africa has no investment treaty in place with several major economies (US, Japan, India for example) has not deterred investment inflows from investors in those countries.

Moreover, the specific legal provisions in old-style treaties are notoriously imprecise and pose unacceptable risks both to serious investors and to governments. These agreements are also out of step with emerging social, economic and environmental challenges. As a result, governments around the world have reviewed and adjusted their approach to investment treaties.

South Africa thus confronted a dilemma in which it was no longer possible to renegotiate treaties with individual EU member states and that if we did not move towards termination, the existing treaties would be automatically extended for another 10 years.

South Africa’s decision to terminate its old-style treaties was neither abrupt nor came without prior indication. Since 2011, the South African authorities have been explaining to the EU and its member states that we will not renew treaties once they have reached their termination date. This was a full year before the first termination took place and two years before the second. EU member states are fully aware of our intention.