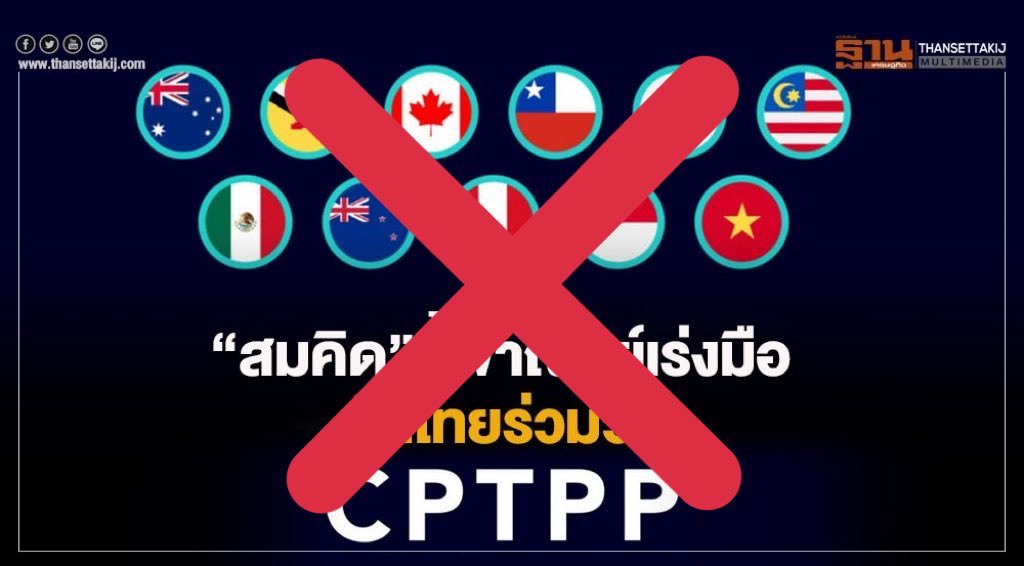 Thailand’s cabinet will not consider on Tuesday whether Thailand will seek membership of an Asia-Pacific trade agreement, which could boost its economy hit by the coronavirus pandemic, due to widespread opposition.

The proposal to join the Comprehensive and Progressive Agreement for Trans-Pacific Partnership (CPTPP) was withdrawn a day before the cabinet meeting by Deputy Prime Minister and Commerce Minister Jurin Laksanavisit.

“Due to conflict between different groups, the commerce ministry has withdrawn its proposal,” Jurin told reporters.

“This matter will not be discussed in the meeting as long as different groups in society have disagreeing opinions,” he said.

On Monday, the commerce ministry said it was presenting the cabinet its study that shows membership will boost Thailand’s economic growth, investment and exports, to help offset the negative impact of the coronavirus pandemic.

Thai opposition parties, civil society groups and prominent social figures have opposed CPTPP membership on the grounds that it would hurt the economy, particularly the agricultural and healthcare sectors.

It is not immediately clear whether the CPTPP study will still be presented to the cabinet on a later date.

Member countries, including Japan and Canada, signed the CPTPP deal in 2018 without the United States. The original 12-member agreement, known as the Trans-Pacific Partnership (TPP), was thrown into limbo in early 2017 when President Donald Trump withdrew from it.