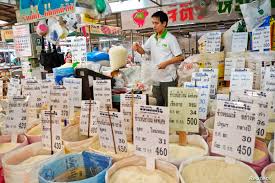 Thailand’s cabinet has agreed to set up a committee to consider whether Thailand should seek membership in an Asia-Pacific trade agreement after widespread opposition last month amid concerns joining the pact may harm the agriculture industry.

The lower house panel will open for public opinions on membership of the Comprehensive and Progressive Agreement for Trans-Pacific Partnership (CPTPP), deputy government spokeswoman Rachada Dhnadirek told a news briefing.

“The committee’s conclusion will be useful for the cabinet to decide on CPTPP membership... and the government wants them to get it done within 30 days,” she said.

However, the cabinet shelved a decision on membership last month following opposition by politicians, civil society groups and prominent social figures who have said it would hurt the economy, particularly the agricultural and healthcare sectors.

Member countries, including Japan and Canada, signed the CPTPP deal in 2018 without the United States. The original 12-member agreement, known as the Trans-Pacific Partnership (TPP), was thrown into limbo in early 2017 when President Donald Trump withdrew from it.