Thailand is considering applying to join the 11-nation trade deal that was to originally include the U.S., but was abandoned by President Donald Trump on his first day in office.

Negotiations over the deal were concluded in January by the countries — Singapore, Brunei, Malaysia, Vietnam, Australia, Mexico, Canada, Peru, Chile, Japan and New Zealand — who together account for about 13 percent of global gross domestic product. The members are expected to sign the text of the agreement next month in Chile.

“It’s one of the hot issues being debated within government right now,” Somchai Swangkarn, the military government’s whip in Thailand’s National Legislative Assembly, said in an interview on Friday. “The government wants to sign, but there are a few that oppose.”

“The Thai government had the intention of signing initially, but when the U.S. withdrew, we had to stop and reconsider,” Somchai said.

Each member can expect the Comprehensive and Progressive Agreement for Trans-Pacific Partnership to provide additional growth in national income of about 1 percent on average by 2030, according to an analysis by Professor Shujiro Urata of Waseda University in Tokyo.

An open agreement with the flexibility to include others, countries including Thailand, Indonesia, South Korea, the Philippines, and Taiwan have expressed interest in joining. In order to join, prospective members would have to win the individual agreement of each of the pact’s member countries.

According to a study by the Peterson Institute for International Economics, a trade deal that added Indonesia, Korea, the Philippines, Taiwan, and Thailand would generate income gains of $449 billion globally, and $486 billion for the member countries.

“Thailand ought to join,” Deborah Elms, executive director of the Asian Trade Centre, an advisory group based in Singapore, said in an email. “Once the agreement moves ahead after signature next week, many countries are likely to relook at joining.”

According to Elms, the trade pact gives member countries access to benefits such as zero tariffs, better services, investment and protection for intellectual property rights, as well easier movement of goods across borders into other member countries.

“For anyone involved in supply chains, especially, TPP is a no-brainer,” Elms said. 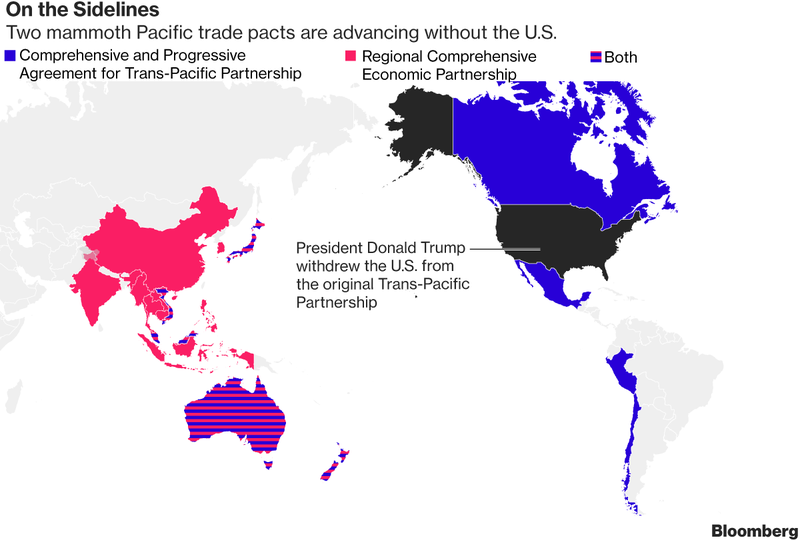 “Thailand will not rule out the idea of joining,” Werachon said at a media briefing last week. “We are making a study of the impact on Thai private sectors.”

Werachon said Thailand was also studying other frameworks such as the Regional Comprehensive Economic Partnership, a proposed free-trade agreement initiated by the Association of Southeast Asian Nations that would also include China, India and Japan.