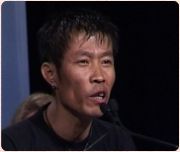 The EU-India free trade agreement: An interview with Loon Gangte

In a previous blog post, Els Torreele highlighted the potential negative implications of the proposed EU-India Free Trade Agreement (FTA) on access to life-saving medicines for people in the developing world. But what does this agreement really mean for patients who depend on these medicines?

Meet Loon Gangte of the Delhi Network of Positive People, an Indian activist living with HIV and hepatitis C, an inspiring leader for people living with HIV globally, and a dear friend. I had the opportunity to interview him sometime in between the endless meetings and phone calls he was having with other activists to mobilize voices against this FTA.

What does the EU-India Free Trade Agreement mean for you and other people living with HIV?

People look at this issue in many ways, but for me, and for people living with HIV, we see this FTA as a matter of life and death. We know how our lives were before generic drugs were available. I was diagnosed in 1997 and there were no medicines available at that time. Life was difficult then. I think about all the friends I lost unnecessarily because they didn’t have access to treatment. Only the rich countries and rich people could afford treatment. It was survival of the richest.

If this FTA goes through, with provisions to strengthen intellectual property protections like data exclusivity as part of the deal, then we will be going back to the pre-2000 era, and most of us will not be able to afford new treatments and neither will our governments. Eventually we will die. We see the European Union as trying to cut our lifeline.

The EU continues to argue that the proposed agreement will not have a negative impact on India’s ability to produce generic drugs. What is your response to that?

Who are they trying to fool?! On the one hand they say they are committed to access to treatment and that they won’t do anything to block generic production in India, but on the other hand, they push for data exclusivity. We received a letter from the EU explaining how data exclusivity is good for us because it will lead to greater innovation. But we have already seen in other developing countries that this is not true, and that strengthening the patent system and data exclusivity specifically does not promote innovation, and prevents the availability of generics [see U.S.-Jordan FTA and Central America Free Trade Agreement].

Those who will suffer are people like us who rely on generic drugs to live. For the pharmaceutical industry, data exclusivity is even better than pushing for patent extension and will lead to greater monopoly.

How about the World Health Organization or funders of HIV drugs like the Global Fund for AIDS, Tuberculosis and Malaria? Are they concerned too?

The director of the Global Fund has written to the Indian delegation and the WHO has written a position statement on the issue. So yes, they share our concern. But in practice, they are simply being careful with the EU because those countries are their big donors and it’s too political.

What have you and civil society groups been doing to try and fight this FTA?

Overall, the FTA is being negotiated behind closed doors between trade diplomats with no parliamentarians or civil society in the room to represent our concerns. We’ve staged many protests in India, and some of us were arrested. There have been protests all over the world because this FTA will impact everyone living with HIV in developing countries. Most of the developing world is dependent on India for affordable medicines.

We felt really optimistic when we managed to get the Ministry of Health and the Ministry of Commerce & Industry on our side, but then we discovered over Christmas that the prime minister’s office has been lobbied directly and will overrule all of his cabinet ministers on this decision and wants to finalize the deal. I’m feeling really discouraged now…anything can happen. We will be holding a global day of action against the EU-India FTA on March 2, and we want everyone to take part!

Honestly, it’s like an ant fighting an elephant. We are one of the weakest and poorest groups and they (the EU and the pharmaceutical industry) are among the richest and strongest. The EU and the U.S. are pushing the interests of international pharmaceutical companies. They are listening to the pharma lobbyists. They don’t care if we live or die.

But we will fight tooth and nail! We are simply trying to save our lives and we have nothing to lose. If this FTA goes through then we are already dead. We have come too far and have seen too many people die to go back to the days without affordable treatment. We will fight until the end!

For people living with HIV, this is a matter of life and death. But for those of us in the West who may feel far removed from this battle, we need to ask ourselves whether it is right that trade deals with the potential to impact the health of millions of people in developing countries should be decided behind closed doors? Or whether an agreement that is hailed by the European Federation of Pharmaceutical Industries and Associations as “ambitious” and “a significant opportunity” will indeed safeguard the life and health of the poor?

To keep up to date on the latest developments on this vital trade deal, please visit the blog Don’t Trade Our Lives Away and the Stop the EU-India Free Trade Agreement Facebook page.