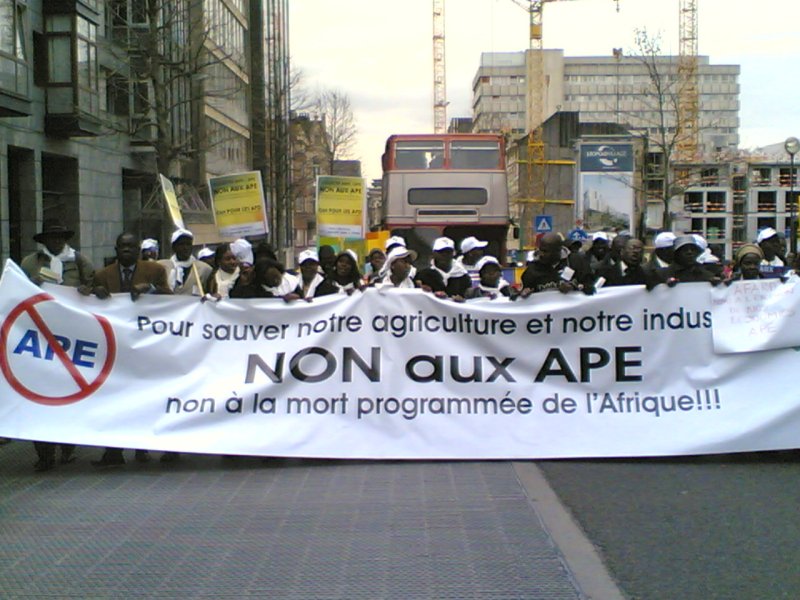 The European Commission (EC) presented last week its new trade and investment strategy. Entitled “Trade for all: towards a more responsible trade and investment policy”, it is based on three key principles – efficiency, transparency, and promoting European values. According to an official press release from the Commission, the document presents how the new strategy will ensure that the EU’s trade policy benefits as many people as possible.

"Europeans know that trade can deliver jobs, growth and investment for consumers, workers and small companies. And they want more of those results. But they don’t want to compromise on core principles like human rights, sustainable development around the world or high quality regulation and public services at home,” said EU Trade Commissioner Cecilia Malmström.

The new trade and investment strategy prioritises major projects that are currently on the table of European trade diplomacy, like the Doha Round of WTO talks, the Transatlantic Trade and Investment Partnership (TTIP), the EU-Japan free trade agreement and the EU-China investment agreement. It opens the door to new negotiations, especially in the Asia-Pacific region (with Australia, New Zealand, the Philippines and Indonesia), and plans the modernisation of certain existing Free Trade Agreements (Mexico, Chile, and the Customs Union with Turkey). Finally, it aims to deepen the EU’s relationships with its partners on the African continent.

A “redefined” relationship with Africa

The strategy highlights the momentous transformation that the African continent is undergoing and the significant impact it will have on the world in the years and decades to come. While it is true that Africa has been the fastest growing continent over the past decade, the European Commission believes that the key challenge is to make this growth sustainable.

According to the Commission, the stakes for reducing poverty and creating new economic opportunities are high, and Africa must now implement an effective agenda for economic transformation and industrialisation. It stresses that, in this sense, trade and investment will be powerful agents of action.

In particular, the EC strategy highlights the key role of regional integration on the African continent, pointing out the high costs for Africa of having fragmented markets and multiple barriers between countries. In fact, intra-continental trade only represents approximately 12 percent of all Africa’s trade, while approximately 55 per cent is attributable to Asia and over 70 percent to Europe. With the exception of Oceania, Africa is still the continent that trades the least with itself. The Commission therefore undertakes to continue supporting regional integration in Africa by offering specific aid for capacity building, including via the “Aid for trade” initiative.

The document also insists on the significance of the step forward represented by economic partnership agreements (EPAs). These asymmetrical trade agreements between the EU and Africa, Caribbean and Pacific countries (APC) are negotiated for each region. They replace the unilateral regime that had governed EU-ACP trade relations for over thirty years. The Commission welcomed the conclusion of three of these agreements in 2014 and highlighted that EPAs have established a new dynamic partnership between the two continents, and paved the way to closer cooperation in the future.

The strategy stressed the crucial importance of the implementation of the EPAs. The European Commission believes that this agreement can help make the business environment more predictable and transparent, but it also states that substantial domestic reforms are needed. African governments will be faced with many challenges for the EPAs to deliver their full potential, especially for development, but the Commission says it is ready to help.

“The Commission will work with African partners to ensure effective implementation of EPAs by putting in place strong institutions, structures and mechanisms, which also contribute to enhancing rule of law reforms and good governance,” states the new trade strategy.

The European side has also long been saying that EPAs will have a positive impact on African integration. “EPAs also support Africa’s own regional integration and prepare the ground for wider African integration efforts,” states the Commission’s document. Against the background of the launch of the Tripartite Free Trade Area and negotiations to establish a Continental Free Trade Area, EPAs are therefore seen as an enabling factor for these integration initiatives. However, not all observers agree. In particular, several experts from the United Nations Economic Commission for Africa (UNECA) have warned of the potential negative impact that EPAs could have on regional integration on the continent (See Mevel, Valensisi and Karingi, Bridges Africa, 18 June 2015).

It is interesting to note that the European executive does not intend to stop at the implementation of existing agreements – for those that already exist. The strategy also plans to deepen economic relations with regional groups that are willing to build on EPAs, using, in particular, the review clauses for these agreements.

“There is a strong rationale for progressively extending EPAs to other areas like services and investment,” believes the Commission. Indeed, one issue criticised by certain observers is the fact that most of the EPAs are still narrowly focused on trade in goods and do not take into account the markets’ increasing sophistication (see Ramdoo, Bridges Africa, 1 September 2015).

When it comes to investment, the document shows that the Commission is considering concluding bilateral investment agreements with certain key African economies based on economic criteria and the existing legal framework. Furthermore, developing principles on investment together with the African Union and the regional economic communities is one of the pillars of the strategy.

Through its new strategy, the EC plans to promote the EU’s values through trade and investment, among others the development of poor countries, human rights, good governance and the promotion of certain social and environmental standards. Just like the new Sustainable Development Programme for 2030, the Commission’s strategy specifically highlights the key role that trade can play when it comes to building prosperity and a sustainable future for everyone (see Bridges Africa, 25 August 2015).

In order to promote development through trade, the EC intends to continue supporting an LDC package in the context of the conclusion of the Doha Round. While such a conclusion will clearly not be accomplished this year, a “mini package” of measures supporting the organisation’s poorest members could be adopted at the WTO’s 10th Ministerial Conference in December. Within the framework of the WTO, the EC also plans to push in the G20 and other multilateral fora for close monitoring of the protectionist measures affecting LDCs and for their removal.

Another important factor is the Commission’s desire to better evaluate and manage the impact of free trade agreements (FTAs) on LDCs. It intends to “undertake an in-depth analysis of the possible effects of new FTAs on LDCs in sustainability impact assessments, with a view to designing flanking measures when necessary.” The EC also wants to propose measures that have positive spillovers in developing countries in the context of TTIP and other negotiations on regulatory issues.

According to the EC, the EU is the most open market for developing countries’ exports, particularly thanks to the 2001 “Everything But Arms” initiative that supports least developed countries (LDCs). This initiative is based on the Generalised Scheme of Preferences (GSP) – a system of exceptions to the Most Favoured Nation clause that allows developed countries to grant preferential treatment to developing countries – and offers free access to the European market for nearly all goods originating from LDCs. “Excluding energy, the EU imports more from LDCs than the US, Canada, Japan and China put together,” says the document.

One of the stated targets is promoting the integration and upward progression of developing countries in regional and global value chains. With this in mind, the Commission plans to undertake an in-depth review of the European Aid for Trade strategy to enhance the capacity of developing countries to make use of the opportunities offered by trade agreements.

In addition, the EC also intends to undertake a mid-term review of its Generalised Scheme of Preferences (GSP) by 2018. In 2007, the EU had simplified the rules of origin applicable in the context of the GSP, a step forward that was hailed by many developing countries, including the LDC Group (see Bridges Africa, 6 May 2015).

“The review would also provide an opportunity to take stock of lessons learnt on preferences for goods and consider similar preferences in services,” says the document. In this respect, the EU is one of the 20 WTO Members that have officially notified the concrete preferences they plan on granting to LDCs under the Services Waiver (see Bridges Africa , 15 October 2015).