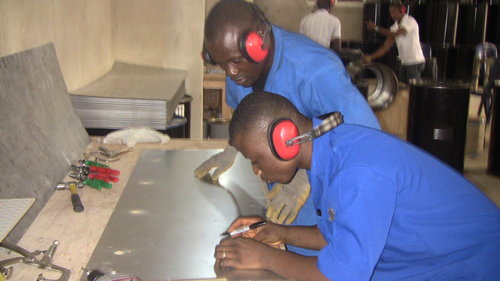 First, in 2016, the United Kingdom turns it back on the European Union after 43 years, ignoring the benefits of unrestricted access to a market worth over $17 trillion. More recently, United States President Donald Trump hiked tariffs on steel imports and other products, escalating trade tensions with China that have culminated in this month’s trade negotiations to defuse the situation. Meanwhile, in Africa, Nigeria and South Africa turned down the opportunity to join the African Continental Free Trade Area. Then, in April, President Buhari refused to sign the Economic Partnership Agreement (EPA), a deal intended to integrate African, Caribbean, and Pacific countries with the European Union. When did protectionism become so popular?

According to the International Monetary Fund (IMF), global economic growth averaged 3.6 percent annually in the last 35 years, and in that time, global trade grew by 5.7 percent each year. Post-2010, those two figures stand at 3.6 percent and 3.9 percent. As the idea of free trade has grown unpopular, global trade growth has slowed.

The appeal of free trade rests on the logic of specialisation and division of labour: each country should specialise in the items that they are best at producing (or have a comparative advantage in) and countries should trade among themselves. The result of this simple two-step process is that all products are made at the lowest obtainable cost, allowing consumers to enjoy low prices while also encouraging innovation.

These principles of trade are ancient, but their modern incarnation can be traced to the 19th century. However, it was not until the end of the Second World War that the free trade train took off, precipitating the longest sequence of economic development in history – at least in the West. By the end of the 20th century, free trade was the accepted doctrine, manifesting in the creation of the World Trade Organization (1995), the enactment of the North American Free Trade Area (1994), and the formation of the Eurozone, the European monetary union that now accounts for a third of global trade.

Meanwhile, the rise of the free trade brigade birthed a new school of economic development thought, led by the IMF and World Bank, exporting the doctrines of privatisation, free markets, and free trade to developing countries. In Nigeria, the Structural Adjustment Program was enacted in the 1980s but never delivered on its promise to reorient Nigeria’s economy, even while citizens bore the brunt of painful liberalisation reforms. That experience is no anomaly; developing countries, in particular, have suffered from embracing free trade, albeit as a result of their own failures. The explosion of commodity exports propelled Sub-Saharan economies like Nigeria but led to Dutch Disease – the attractiveness of dollar earnings from commodity exports dissuaded leaders from investing in other parts of the economy, eventually leading to wider inequality and under-development.

We cannot ignore the simultaneous rise in protectionism and nationalism. President Trump and Brexit were about a lot more than trade, but we should not understate the impact of anti-globalisation sentiment in the biggest electoral upsets in modern Western democracy. Many Britons were fed up of perceived overreach from European Union (EU) officials in Brussels, but perhaps nothing united the Brexit brigade more than the false claim that the EU cost Britain £350 million a week – a figure that would be spent on the National Health Service. Populist politicians have realised that anti-trade sentiment aligns with nationalist urges, particularly among low-income groups who tend to be most affected by trade liberalisation. The extent of their success can be seen in the fact that it is hard to tell which came first: economic or political nationalism.

But the idea that the case against free trade is entirely populist is untrue. In reality, even the staunchest free trade advocates admit that trade comes at a cost; they just underestimated how large and lasting these could be. For one, free trade creates winners and losers: the economy may benefit from lower steel prices as a result of reduced tariffs, but the local steel industry would likely suffer. While economics can help us assign monetary values to these costs and benefits, it is silent on their real-world consequences. For example, would a new $10 billion industry or 10% cheaper textile imports compensate for 100,000 redundancies or an increase in the permanent unemployment rate from 3% to 4%? International trade theory cannot give us answers to these questions. Once people realised that economists knew the price of everything but the value of nothing, they began to speak up.

In addition, free trade advocates expect short-term costs concentrated in specific industries, but have always expected these to dissipate in the long run. Their argument is three-fold. First, labour is versatile so people that lose their jobs can always retrain for other roles. Second, the government ought to redistribute resources to the losers out of a larger economic pie. Finally, the benefits of lower prices and better products should outweigh the costs. Neither of these will always hold. As early as 1941, Paul Samuelson, a future Nobel Prize in Economics winner, showed that trade liberalisation could depress wages in some industries by more than prices even in the long-run, meaning that some groups would permanently lose out from trade. Furthermore, when we look at Nigeria, we can see how a concept like labour versatility is highly idealised. When trade liberalisation causes worker entrenchment, those workers are unlikely to find alternative unemployment in a county with a rising unemployment rate of 19 percent, population growth rate of 3 percent, and comatose institutions meant to support education and labour market development.

None of this means that trade is bad for us, but simply reminds us we can no longer accept free trade on any terms. We need to define our terms of trade, and in that respect, eschewing the ACFTA and EPA may be a blessing in disguise. The Nigerian government is intent on reducing the country’s export dependence on oil & gas; would those agreements have changed Nigeria’s current trade patterns or further entrenched them?

Nigeria can still trade its way to economic development, just not in the manner that has often been preached. To do this, we must invest in infrastructure to ensure competitiveness, push for stronger trade relations with respect to non-physical goods (labour, services, etc.), and seek to exploit our strategic advantage in regional trade. It may sometimes be confusing trying to figure out the right path to chart in international trade. Still, it is important to remember that free trade is neither good nor bad, but fetishising it makes it so.

Michael Famoroti is Chief Economist at Vetiva Capital Management. You can contact him onm.famoroti@vetiva.com.