Freely translated by Anoosha Boralessa (Sept 2015). Not reviewed by bilaterals.org or any other organization or person. 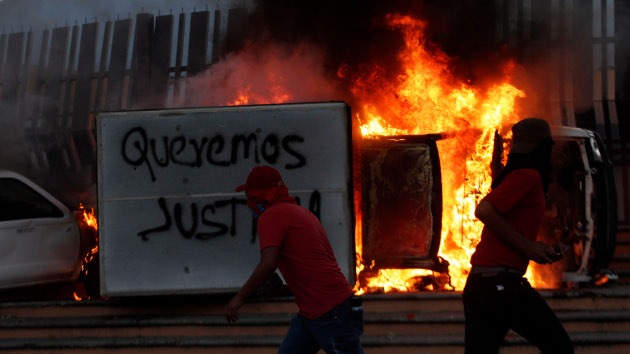 The end of the twentieth century and the beginning of the 21st century have been characterized both by a proliferation of wars and by a boom of diverse international treaties that in many cases have devastated the economy and stability of many countries, leading them to a vortex of dependence from which they cannot escape.

Day after day the world press is informing us about these agreements: FIPA, ACTA, AP, TPP, TTIP, TIFA, NAFTA, FTA, GATT, WTO, TISA etc. Logic forces us to ask: why are there so many treaties? whose interests do they serve? To make sense of all this confusion, from which of course, very few have benefitted, or are benefitting, we need to revisit its genesis.

According to the archives of the Carnegie Endowment for International Peace, the board of directors of this organization was debating as early as 1908 “if, in addition to war, there were any other measures with the potential to alter the life of a nation”. After deliberating for many days, the participants concluded that war had always been the most effective method to change the life of a nation or a society. They also concluded that treaties, agreements and international pacts could be used to emasculate a sovereign state by subordinating it to international organizations.

In an age of globalization, transnational corporations, supported by the US, the only superpower in the world, hijacked the decision-making machinery of most international organizations. The latter then used bilateral or multilateral agreements to decrease the political, legal and economic freedoms of the participating countries that were signatories to the international agreement. In fact, each international treaty affects the sovereignty of the countries that sign up to it. This is especially so in the case of developing countries that, frequently or invariably, accept the impositions of the most powerful nations with which they sign the agreement.

Mexico is the clearest example of the consequences treaties could have on the economic, political and financial life of a nation and its society. Constantly on the radar of its Northern neighbour, this proud and sovereign country finally succumbed to Washington’s pressures and its generous promises of prosperity and signed the North America Free Trade Agreement (NAFTA) with the United States and Canada in 1992. This treaty entered into force on 1 January 1994. That year, many Mexican experts complained that very few people could access the 2226 articles of NAFTA prior to its final signature and that not even members of Congress had the time to review them thoroughly and to debate them.

In all the 20 years NAFTA has existed, the global press has not got tired of speaking, year after year, of how Mexico would benefit in the mid-term and long-term. However, over time, the country gradually became poorer. This was reflected in increasing violence and organized crime. Currently, Mexico is considered by the Inter-American Commission on Human Rights as a “cemetry for the disappeared”, whose number exceeds 25,000, and this does not take into account around 100,000 people killed by violence over the last 20 years and more than 150,000 displaced persons.

A country that in 1994 was practically self-sufficient in food, was by 2014, converted into a net importer of basic foodstuffs in Latin America. According to the Mexican journalist, Carlos Fernández-Vega, since NAFTA entered into force, the country has imported “275 billion dollars, 80% of which originate from the US; whereas the number of Mexicans without access to food has increased and the country is a giant factory [churning out] poor people.”.

In 1994, foodstuffs for 1,800 million dollars were imported; whereas in 2014, 25 million dollars worth is imported. Currently, the country imports 75% of its national consumption of rice, 30% of corn and 42% of wheat. It also purchases (principally in North America) meat, dairy products, eggs, milk, poultry, seeds etc. Its exports are limited to vegetables, plants, roots and potatoes, fruits, drinks and vinegar. Mexico is no longer self-sufficient in marine products, having a 12-mile territorial sea and a 200 mile exclusive economic zone and its fishing fleet has virtually disappeared.

All this explains why 60% of Mexico’s 112 million inhabitants are poor and denied access to social security. NAFTA neither has delivered the promise of full time work. Currently, almost 30 million Mexicans (60.1% of the working population) work unofficially and are paid the minimum salary of 167 dollars per month. According to governmental reports, over the last twenty years, the obesity and overweight index has increased from 32% to 78% due to poor nutrition and lack of access to nutritious food (this has been replaced by junk food imported from the US). Such is the case that patients with obesity-related illnesses take up three out of four hospital beds.

However, according to the US President, Barack Obama, “Today, Mexico records significant progress.” So he announced. To some extent, the “head of the White House is right, since wealthy nationals have been made even wealthier. Forbes magazine reported that in this 20 year period, Carlos Slim has increased his wealth from 6,800 million dollars to 77,100 million, Ricardo Salinas Priego from 1,900 million to 8,000 million and the Servitge Montull family from 1,200 million to 4,900 million and Alberto Bailléres from 1,900 to 10,400 million dollars. In total, the fortune of Mexican multimillionaires increased from 44,100 million in 1994 to 129,300 million dollars. Barack Obama must surely be referring to this when he speaks of the “progress” Mexico has made.

NAFTA also enabled the United States to “progress” both in economic and financial terms as well as in geopolitical and geo-strategic terms. US energy corporations have access to Mexican oil (10,500 million barrels) that the current president of the country, Enrique Peña Nieto, has managed to privatize. The North American Bank also took control of the national financial sector. Agents of the US Police Service, the Justice Department, the DEA and FBI walk about the country as if they own the place. Disguised and armed, they participate like members of the Mexican Marine in anti-narcotic operations and other kinds of operations. In the meantime, drugs flow across Mexico to North America. It is calculated that each year around 700 tonnes of cocaine enter the US despite all this deployment of national and North American security forces.

In fact Mexico has been transformed into the first North American laboratory for remodelling a state and positioning it to US interests and the interests of US corporations. The Mexican journalist, Alejandro Nadal, is absolutely right when he declares that global financial capital “is not destroying the State, but is reconfiguring and reorganizing the State so that it responds to the needs and interests of global financial capital.”. The same neoliberal market needs a State that facilitates the creation of an electoral, judicial and legislative market and also knows how to control and mould its workforce into compliance. One method of achieving all these goals is corruption. This operates to the benefit of the world’s number one superpower and its corporations. In exchange, the State receives moral protection and to some extent, economic and media protection from corporations involved in this game where the nation surrenders ground to the transnational.

This is the situation Mexico is currently in. According to James Corbett, editor of the “International Forecaster”, in 2013 the US Agency of National Security (NSA) presented computer graphics to Democrat senator, Diane Feinstein, where North America, Canada and Mexico were part of the “Homeland” that in the future would be converted into a North American Union. The same idea to create a North American Community was launched in 2005 by the US Trilateral Commission, the Mexican Council for International Affairs and the Canadian Council of Chief Executives. All hinges on time and the approval of the new agreements, treaties and pacts that Washington is implementing, step-by-step. In the meantime, the people of Mexico and Canada are pursuing the game of de-politicization in which the media are involving them, day after day, with patience, insistence and persistence, according to the manuals of “psychological war”.

In reality, Canada, Mexico, Central America and the Caribbean constitute a small part of the North American plan of global imperialism.

The United States is also deeply committed, on a full-time basis, to its scheme to capture Europe. In geo-economic and geopolitical matters, Europe has been involved, from the end of the Second World War, in several secret treaties with the United States, strengthened later on through trade and military agreements (NATO). The future signing of the Transatlantic Trade and Investment Partnership (TTIP) will end the sovereignty of both the European Union and each of its member states. Also in the pipeline is the Transpacific Treaty for the Economic Association of the Asian-Pacific Region (TPP). This is aimed at dominating Asia and isolating China and Russia.

But as the popular saying goes: “he who undertakes a lot, seizes little”. Life is always full of surprises and this earth is not a “river of templates (río de rodillas)”. For now, Latin America is demonstrating this. China has been converted into the number two world economy. Although the White House does not officially acknowledge it, the Chinese yuan is the number two global reserve currency. Russia is recovering, despite the sanctions imposed by the US and US satellites such as the European Union and Australia. Thus the Russian President, Vladimir Putin, announces to the world, “let no one pretend that it can achieve supremacy over Russia”.

Will the enlightened neoliberal and neoconservative globalizors take this into account? I very much doubt it, because, quoting Antón Chékhov, “each of us has a head, but not everyone needs it.”