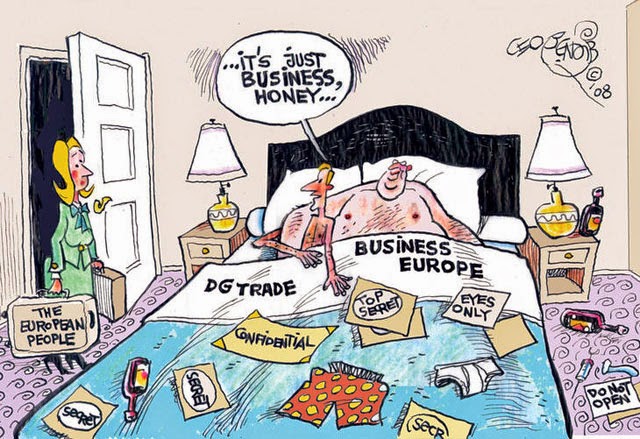 What have governments learned from the financial crisis? I could write a column spelling it out. Or I could do the same job with one word: nothing.

Actually, that’s too generous. The lessons learned are counter-lessons, anti-knowledge, new policies that could scarcely be better designed to ensure the crisis recurs, this time with added momentum and fewer remedies. And the financial crisis is just one of the multiple crises – in tax collection, public spending, public health and, above all, ecology – that the same counter-lessons accelerate.

Step back a pace and you see that all these crises arise from the same cause. Players with huge power and global reach are released from democratic restraint. This happens because of a fundamental corruption at the core of politics. In almost every nation the interests of economic elites tend to weigh more heavily with governments than do those of the electorate. Banks, corporations and landowners wield an unaccountable power, which works with a nod and a wink within the political class. Global governance is beginning to look like a never-ending Bilderberg meeting.

As a paper by the law professor Joel Bakan in the Cornell International Law Journal argues, two dire shifts have been happening simultaneously. On one hand governments have been removing laws that restrict banks and corporations, arguing that globalisation makes states weak and effective legislation impossible. Instead, they say, we should trust those who wield economic power to regulate themselves.

On the other hand, the same governments devise draconian new laws to reinforce elite power. Corporations are given the rights of legal persons. Their property rights are enhanced. Those who protest against them are subject to policing and surveillance – the kind that’s more appropriate to dictatorships than democracies. Oh, state power still exists all right – when it’s wanted.

Many of you will have heard of the Trans-Pacific Partnership and the proposed Transatlantic Trade and Investment Partnership (TTIP). These are supposed to be trade treaties, but they have little to do with trade, and much to do with power. Theyenhance the power of corporations while reducing the power of parliaments and the rule of law. They could scarcely be better designed to exacerbate and universalise our multiple crises – financial, social and environmental. But something even worse is coming, the result of negotiations conducted, once more, in secret: a Trade in Services Agreement (TiSA), covering North America, the EU, Japan, Australia and many other nations.

Only through WikiLeaks do we have any idea of what is being planned. It could be used to force nations to accept new financial products and services, to approve the privatisation of public services and to reduce the standards of care and provision. It looks like the greatest international assault on democracy devised in the past two decades. Which is saying quite a lot.

So the self-hating state proclaims that it has no power while destroying its own capacity to legislate.– internationally and at home As if the last financial crisis had not occurred, and as if unaware of what caused it, George Osborne, in his most recent speech to the City of London, told his audience of bankers that “a central demand in our renegotiation is that Europe stops costly and damaging regulation”. David Cameron has boasted of running “the first government in modern history that at the end of its parliamentary term has less regulation in place than there was at the beginning”.

This, in a world of accelerating complexity and booming corporate crime, is pure recklessness. But fear not, they say: economic power no longer needs to be subject to the rule of law. It can regulate itself.

Some of us have long suspected that this is bunkum with bells on. But until now, suspicion is all we’ve had. This week the first global review of self-regulation is published. It was commissioned by Britain’s Royal Society for the Protection of Birds, but it covers every sector from payday lenders to dog breeders. And it shows that in almost all cases – 82% of the 161 schemes it assessed, voluntary measures have failed.

For instance, when the European Union sought to reduce the number of pedestrians and cyclists killed by vehicles, it could simply have passed a law instructing the vehicle manufacturers to change the way they designed their bumpers and bonnets, at a cost of roughly €30 a car. Instead, it relied on a voluntary agreement with the industry. The result was a 75% lower level of protection than a law would have delivered.

When the Welsh government introduced a 5p charge for plastic bags, it cut their use by 80% overnight. The Westminster government claimed that self-regulation by the retailers would do the job just as well. The result? A grand reduction of 6%. After seven wasted years, it succumbed last month to the obvious logic, and introduced a charge.

Voluntary schemes designed to prevent the advertising of junk food to children in Spain, to cut greenhouse gases in Canada, to save water in California, to save albatrosses from long-liners in New Zealand, to protect cosmetic surgery patients in the UK, to stop the aggressive marketing of psychiatric medicines in Sweden: fail, fail, fail, fail. What the state could have done with a stroke of the pen cheaply and effectively is left instead to the fumbling efforts of industries that, even when sincere, are fatally undermined by free riders and opportunists.

In several cases, companies begged for new laws to raise standards throughout the industry. For example, those who make plastic silage wrappings for farmers tried to get the UK government to raise the recycling rate, while garden companies wanted regulations to phase out the use of peat. The governments refused. Was this the result of blind ideology or grubby self-interest – or both? The biggest donors to political parties tend to be the worst operators, using their money to keep malpractice legal (consider Enron).

Because the parties they fund bow to their wishes, everyone else is forced to adopt their low standards. I suspect that governments know as well as anyone that law is more efficient and effective than self-regulation, which is why it is not used.

Restraining the electorate, releasing the powerful: this is a perfectly designed formula for a multidimensional crisis. And boy, are we reaping it.