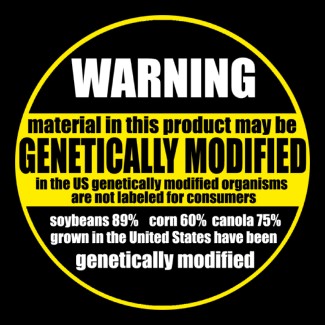 After 16 years of bitter negotiations, the world reaches agreement on the labelling of genetically modified foods.

While consumer groups around the world celebrated the July 5 United Nations Codex agreement on labelling genetically modified (GM) foods, the biotechnology industry argued that the final document achieved nothing new. In fact, industry came close to denying there was an agreement at all. After 16 years of negotiations, these two radically different responses to the final document can be explained by the high stakes involved, arguably the future of global markets for GM foods.

It is voluntary and now technically “guidance” rather than “guidelines,” but the new international agreement on labelling GM foods, two decades in the making, was bitterly fought over. The biotechnology industry, with its initial power base in the U.S. and Canada, is adamantly opposed to labelling, afraid that, given the choice, consumers around the world will reject GM foods, as seen in Europe. The stakes were so high that the U.S. government – with varying support from Canada and a handful of food exporting countries, including Argentina and Australia – continually tried to stop the Codex negotiations altogether. After two decades, however, food safety regulators from around the world finally agreed upon a few words that have huge global import.

The Codex Alimentarius Commission is the global food standards-setting body of the UN Food and Agriculture Organization and the World Health Organization. Most importantly, it is the reference point for food standards under the World Trade Organization (WTO) and is used in settling trade disputes. According to consumer groups, the new Codex document provides nations with protection from trade challenges over GM food labelling laws.

The World Health Organization’s own press office announced that the “Codex Alimentarius Commission (on Food Labelling) has stated that governments are free to decide on whether and how to label foods derived from modern biotechnology, including foods containing genetically modified organisms.” The announcement adds, “The labelling should be done in conformity with the text approved by the Codex Commission, to avoid potential trade barriers.”

Michael Hansen, a senior staff scientist with Consumers Union, a non-profit organization in the United States that publishes Consumer Reports, describes the outcome as “more of a huge defeat for industry than a giant win for consumers. Consumers were working to get guidelines for labelling, but the whole process was hijacked by this tie to the WTO.” Hansen, who was present at negotiations for over 15 years, says, “Industry had been trying to crush this deal since 1995 and they finally gave up.”

Trade challenges or the threat of them are powerful deterrents to labelling laws. Without the Codex wording, labelling laws would be vulnerable to a challenge at the WTO. Canada, the U.S. and Argentina have already set a precedent for a joint trade challenge in order to open markets to GM foods. Canada abandoned its WTO dispute over the European Union’s de facto moratorium on GM crop approvals in 2009, when it became clear that Canada had won the fight regardless, arguably partly because of the persuasive force of the challenge.