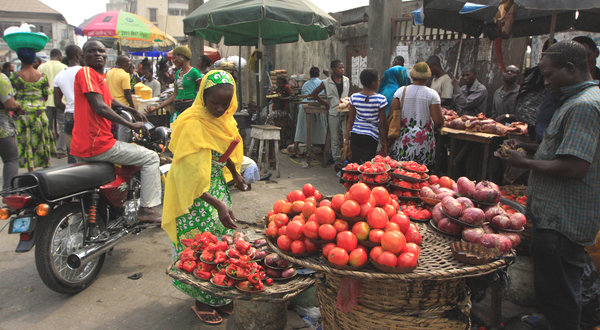 The poison in the EPA

The Economic Partnership Agreement (EPA) is a scheme which seeks to create a Free Trade Area (FTA) between the European Union and the African, Caribbean and Pacific Group of States, (ACP). It is essentially a response to continuing criticism that the non-reciprocal and discriminating preferential trade agreement offered by the EU is incompatible with the rules of the World Trade Organisation.

The EPA is also a key element of the Cotonou Agreement, and it is indeed the latest agreement in the history of ACP-EU development cooperation. The agreement was supposed to take effect in 2008, but as at March 2012, negotiations had not been completed. Even much more recently, February 2014 to be precise, Nigeria stalled the agreement when Abuja refused to endorse the proposed reciprocal free trade agreement with the European Union.

There is a lot to be said for Nigeria’s efforts to block this agreement. It does not take much to appreciate what can be called the poison in the EPA. And talking of poison, it is important to realise that the lifting of barriers as envisaged in the EPA has the potential of crushing nascent industries in Nigeria and the wider West African sub-region. And it is just as well that Nigeria has adopted this position in concert with the other ECOWAS member states. This is because if Nigeria decides to act unilaterally, the imported goods to neighbouring countries on the platform of the EPA will ultimately end up in the country.

Equally worrying is the fact that Nigeria, being the biggest country in the ECOWAS, is already producing some of those goods whose importation will be liberalised and facilitated. The evident and ultimate effect of this inclement scenario is that in the long run, particularly from 2015-2016 when the EPA will fully take effect, Nigeria will be significantly short-changed in the areas of jobs, investment and even in the loss of the ECOWAS market.

Again, in view of Nigeria’s condition as an import-dependent economy, it would be counter-productive to open its doors to imports without first of all developing its own industrial sector. This is with a view to competing globally, especially in those sectors where the country has comparative and competitive advantages as provided for in the National Industrial Revolution Plan. It is heart-warming that Nigeria’s stance is not a solo effort. Rather, its objectives have essentially been endorsed by a sub-committee, which was made up of other social formations like Cote d’Ivoire, Ghana and Senegal.

Equally disturbing is the fact that the EPA has the potential of creating the phenomenon of serial dependence. This is because in due course, the provisions of the agreement with the EU will automatically take effect with another behemoth, the United States.

It is instructive to note here that the EU, in coming to the negotiating table, did not do so empty-handed. Rather, and in a way that is also reflective of the cunning which goes with global politics, the EU has offered €6.5 billion (£5.73bn) package over the next five years to facilitate the process. Evidently, and predictably too, the chalice is not devoid of what can be called its seductive poison.

It is also noteworthy that the failure to finalise this deal has only minimal consequences for most of the ECOWAS member states. Many of these countries already benefit from full access to the EU market as low-income countries, although most of what they sell to Europe are primary products to which no industrial value has been added.

We dare say here that a country like Nigeria needs to deepen its crusading role against the machinations of the West. At the risk of sounding overtly patriotic, Nigeria is the pivot of the sub-region and, to that extent, whichever way it turns, the rest of the sub-region is likely to follow. Moreover, with its demographic profile, Nigeria has one of the largest young people in the world, most of whom are unemployed. Therefore, it is imperative for the country’s leadership to put in place industrial policies that would create decent jobs for its teeming young populace.

Even the whole idea of the partnership inherent in the EPA can easily be questioned in view of the mismatch between the two regions – Africa and Europe. For instance, as far as the EPA is concerned, what finished goods can these African countries sell to Europe in view of the gulf between the two continents in critical areas like technology and manufacturing experience?

Taken together, we urge Nigeria and other African countries to be cautious about the EPA. In this respect, the sad echoes of history constitute an eloquent testimony to our judgment. Over the centuries, the relationship between Africa and Europe has been characterised by deceit, trickery and brutal force. In the process, Africa on a consistent basis has been given the short end of the stick. Slavery, colonialism and neo-colonialism are ample manifestations of the bankrupt and brutalising relationship between the two continents.

It is clear that Africa’s economic salvation does not lie in any partnership with Europe. The tormentor of yesterday cannot transform into today’s messiah. This is precisely why Africa must seek other viable alternatives in its quest for economic development. As things stand, the poison in the EPA will only further impoverish the continent and its people.