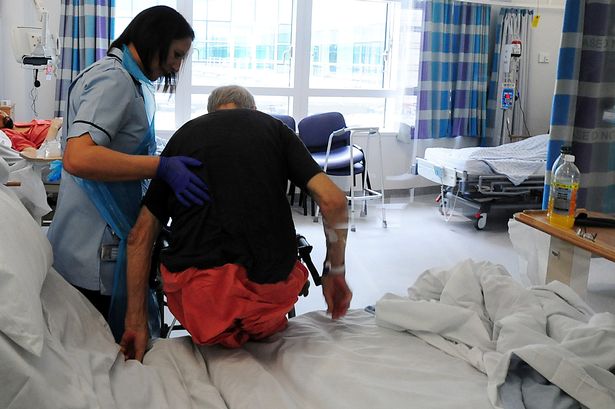 The market liberalisation introduced by the 2012 Health and Social Care Act ensures it will be effectively impossible to take the NHS back into public hands if the EU-US trade deal goes through.

The Transatlantic Trade and Investment Partnership and UK healthcare

Designed to meet the interests of corporations rather than patients, and imperative that it’s stopped in its tracks

The threat to public health posed by agreements on trade liberalisation has been a topic of policy interest for many years. The outgoing UN special rapporteur for health, Anand Grover, devoted much of his final report to the UN General Assembly this autumn to highlighting how trade and investment treaties have consistently undermined the right to health. [1] Yet it is only now, in the context of EU-US negotiations over the Transatlantic Trade and Investment Partnership (TTIP), that the health implications of free trade agreements have become a front line political concern in the UK.

The first round of TTIP negotiations took place in July 2013. The intention remains to conclude the deal by the end of 2015, before the next US presidential election campaign begins in earnest. The talks take place in secret, with no public access to the key negotiating documents, so that almost everything we know of their content comes through leaks. The most recent round of negotiations was held at the end of September, and the serious work of drafting the treaty is now under way.

Much interest in TTIP has focused on the inclusion of health services in the agreement, and particularly the threat to the National Health Service. The European Commission has confirmed that health services are on the table, and a leaked copy of the EU’s liberalisation offer has revealed its full ambition. Not only hospital services but medical (including midwifery and physiotherapy) and dental services are to be opened up to competition under TTIP. Individual EU member states may enter reservations to protect specific sectors, but the only one entered by the UK government is for ambulance services.

The market liberalisation introduced by the 2012 Health and Social Care Act ensures it will be effectively impossible to take the NHS back into public hands if the EU-US deal goes through. Both the UK government and the European Commission have confirmed that TTIP’s provisions to protect investors would grant US corporations the power to sue any future administration over such a move. Many groups are now campaigning for health services to be taken off the table altogether, just as audio-visual services have been removed from the TTIP negotiations at the insistence of the French.

Yet even if health services were removed from TTIP, there are numerous other ways in which the agreement would have damaging effects on public health. To begin with, the official impact assessment commissioned by the EU at the start of the negotiations estimates that at least one million people will lose their jobs as a result of TTIP in the EU and US combined, with all the attendant health consequences. At a time of mass unemployment on both sides of the Atlantic, there is little chance of those people finding alternative work. [2]

TTIP is characterised as a “new generation” trade agreement, no longer primarily concerned with reducing border tariffs (already at minimal levels between the EU and US) but aiming instead at the non-tariff barriers that exist behind the border. Yet these barriers are some of our most prized social and environmental standards, including regulations on food safety, pesticide residues, and toxic chemicals, all of which are far less stringent in the US than here. In particular, US officials are openly using TTIP to challenge the precautionary principle that exists at the heart of the EU regulatory regime—a regime that is precisely designed to put public health and environmental integrity before corporate profits.

TTIP is also set to raise the cost of healthcare in Europe because US and EU pharmaceutical lobbies have demanded increased enforcement of intellectual property rights. The negative consequences of the existing intellectual property regulations are well attested, particularly the cost to public health systems of being compelled to purchase proprietary rather than generic drugs, and TTIP is set to intensify that pressure. [3] The parallel EU-Canada trade deal (widely considered to be a dry run for TTIP) requires the Canadian government to extend the term of patents by up to two years, at the extra cost of hundreds of millions of dollars annually. [4]

Perhaps the most controversial aspect of TTIP is the power it would grant transnational corporations to sue host governments before arbitration tribunals over public policy decisions that damage their bottom line. This power to bypass domestic courts exists already in other treaties, the most infamous case currently under adjudication being the multibillion dollar suit that US tobacco giant Philip Morris has brought against the Australian government for requiring all cigarettes be sold in plain packaging. In a similar case brought under the North American Free Trade Agreement (NAFTA), Canada was sued by Ethyl Corporation for banning the fuel additive MMT (methylcyclopentadienyl manganese tricarbonyl) on public health grounds. The case resulted in the Canadian government paying Ethyl millions of dollars in damages and rescinding the ban.

Far from prioritising public health needs, TTIP has been designed to meet the interests of EU and US corporations seeking to maximise their profits when trading or investing across the Atlantic. If allowed to go ahead, it will represent the greatest transfer of power to transnational capital that we have witnessed in a generation. The fact that it is explicitly designed as a blueprint for all future trade and investment agreements across the world makes it even more imperative that we stop it in its tracks.

[1] United Nations. Report of the special rapporteur on the right of everyone to the enjoyment of the highest attainable standard of physical and mental health. 2014. UN document A/69/299. http://daccess-dds-ny.un.org/doc/UNDOC/GEN/N14/501/83/PDF/N1450183.pdf?OpenElement.