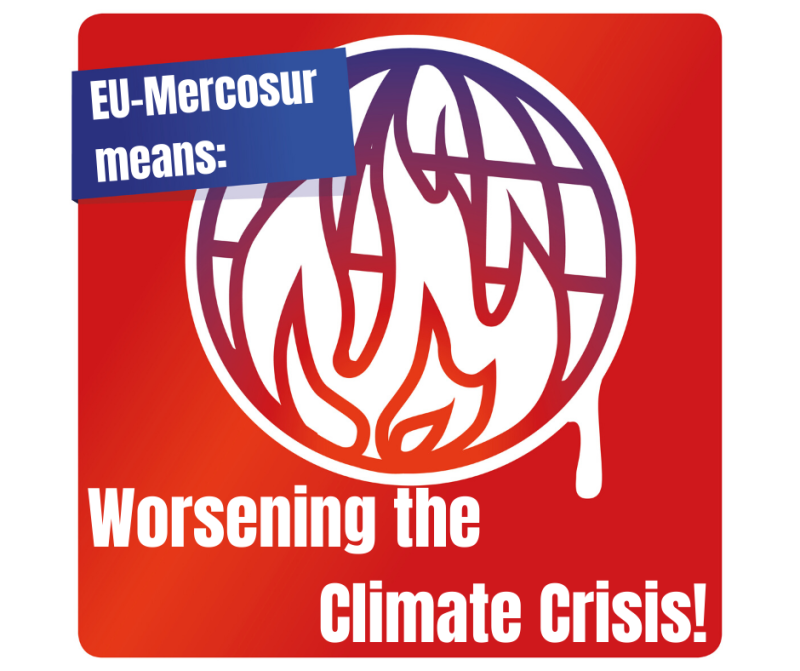 Negotiations between the EU and Mercosur countries (Brazil, Argentina, Paraguay and Uruguay), underway for over 20 years, culminated in a political agreement in June last year. The European Commission has since been preparing the EU-Mercosur Free Trade Agreement for signature. But the agreement is highly controversial. The Austrian, Walloon and recently the Dutch parliaments even rejected the agreement in its current form, while key EU Member states (France and Ireland) have expressed clear criticisms. It is hard to identify any other trade agreement as committed to the thinking and political action of the past as the EU-Mercosur Agreement.

The EU-Mercosur Agreement stands for:

The COVID-19 crisis should be a wake-up call that biodiversity destruction and the pursuit of unfettered economic and globalized growth has exposed humanity to major threats. Business as usual is no longer an option. The Mercosur deal takes us backwards. Trade policy must, instead, support localised and shorter value chains less susceptible to disruption and greater ability of governments to create resilient and decentralized food and health systems with greater capacity to produce medicines and medical equipment at the regional level. The EU must transform its trade policy objectives towards multilateral trade rules that support and are subservient to ecological, social, human rights and development policies that keep us within planetary boundaries and promote peace. Instead, this agreement will deepen trade asymmetries between the blocs, increasing unemployment, environmental destruction and puts the health of the people on both sides of the Atlantic at risk.

Need for more, not less cooperation: The rejection of the EU-Mercosur deal should not be misconstrued as a rejection of constructive cooperation with the region. The EU must be a respectable and a respectful partner in the fight against hunger and poverty, climate change and the enforcement of ILO core labour standards, the rights of peasants and other persons working in rural areas as defined in the respective UN Declaration, human rights and strong animal welfare standards! Such cooperation must be transparent, inclusive and support the active engagement of civil society organisations. Instead, the EU’s planned agreement with Mercosur goes in exactly the opposite direction.

We therefore call on the Federal Governments and the EU Commission and EU-Parliament to reject this agreement!