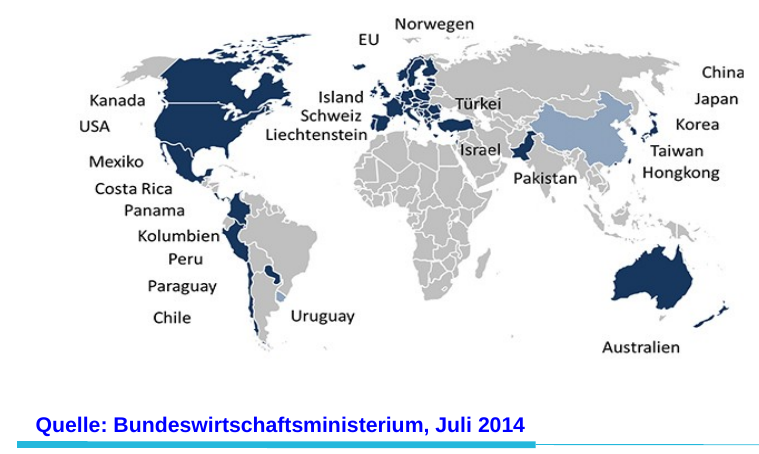 Negotiations towards a plurilateral trade in services agreement (TiSA) are entering a decisive moment as the 13th round of talks in Geneva this week is to determine what items to drop from the negotiating list.

The three year-old Trade in Services Agreement (TiSA) negotiations are entering a decisive phase as the subgroup of WTO members that initiated multilateral trade liberalisation talks outside the global trade body meet for a 13th round of talks this week in Geneva.

The five days of meetings will above all be dedicated to taking stock of progress achieved so far. Despite what most observers close to the process say has been good progress, strong dividing lines have appeared over the scope of the agreement and specific topics of the negotiations.

Talks on financial services, telecommunications, disciplines concerning domestic services regulations, and temporary movement of professionals (Mode 4), are to be pursued throughout the week.

Negotiators will assess progress on air transport, transparency, e-commerce, maritime transport, professional services, delivery services, direct selling, environmental services, energy-related services, localisation requirements, (healthcare) patient mobility and transport. Among others, TiSA negotiators are expected to decide whether to continue negotiations on these topics. People familiar with the talks have told Borderlex issues like public procurement of services (proposed by the EU), healthcare and road transport (notably the free movement of road transport workers) - the two latter a key Turkish demand - are very likely to be dropped.

Negotiations so far have focused on establishing the general language of the different chapters and on agreeing on seventeen so-called ‘horizontal disciplines’ - i.e. procedural requirements - applicable to all services sectors covered by TiSA. Progress on so-called market access (opening up specific markets) has not been as advanced, given that some TiSA members have not yet tabled an initial offer.

The talks have been run in a very ‘discrete’ way – “secretive” according to the deal’s detractors. But increasing pressure from public opinion, and the rising number of negotiating document leaks mean observers start having a clearer picture of what is happening.

An analysis of the documents recently leaked by Wikileaks on TiSA talks offers some initial but still incomplete insights into the key dividing lines among TiSA members, not least between the two biggest players, the United States and the EU.

For example, the deal’s e-commerce chapter is far from finalised. TiSA participants are still far apart on exceptions to freedom of data movement rules and on how to deal with the issue of consumer protection. The leaked text reveals all parties are in favour of having such rules, but differ on the ‘how’. The US ‘essential security interest’ exception to free data flows in its proposal has raised concerns among TiSA partners.

The EU and other TiSA participants are calling for the removal for equity restrictions on the ownership of telecommunications firms, a matter which has pitted them against players like South Korea and the United States. People familiar with the talks have said the EU’s position appears on good track to being met, though.

The US is staunchly opposed to liberalising its maritime transport sector.

The chapter on transparency in services regulations appears to be more complicated to put together than expected. Among others, the specificity of EU decision-making (supra-national laws vs national regulations) often pitting the EU against other TiSA members in the negotiations over the text.

Negotiators have not yet set a deadline for concluding the talks. People familiar with the process have said that for many TiSA members, not least the US, but also countries like Australia, New Zealand, Japan, Canada, Mexico and Chile, concluding the Transpacific Partnership (TPP) comes first. TPP is expected to be concluded in a matter of weeks and months as US president Obama obtained the required Fast-Track authority last week to bring the deal to bed.

Mauritius is set to join the negotiations this week. China has asked to join the talks, but has not been admitted.