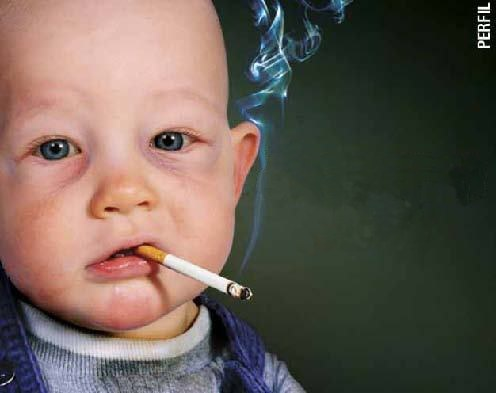 The vacuous “tobacco control” provision in the Trans Pacific Partnership (TPP) virtually capitulates to the demands of multinational tobacco corporations, jeopardizing nations’ health and economic welfare. Public health and medical advocates in the U.S. and abroad consistently urged negotiators to exclude tobacco control protections from trade challenges under the TPP. But tobacco industry opposition won the day, bolstered by corporate allies concerned that addressing the uniquely lethal effects of tobacco in trade agreements could set a precedent for reining in their own practices.

What The TPP Says

Chapter 29 of the TPP, released today, states that any TPP nation has the right to “elect to deny” access to a trade dispute by corporations for “claims challenging a tobacco control measure”. The country could make this election before such a challenge is submitted to arbitration, or “during the proceedings.” If a country “elects to deny benefits with respect to such claims, any such claim shall be dismissed.”

Footnote 12 hastens to assert that governments retain the right to challenge each other’s tobacco control measures.

Footnote 13 clarifies further that a “tobacco control measure” means a “measure of a Party related to the production or consumption of manufactured tobacco products (including products made or derived from tobacco), their distribution, labeling, packaging, advertising, marketing, promotion, sale, purchase, or use, as well as enforcement measures, such as inspection, recordkeeping, and reporting requirements. [A] measure with respect to tobacco leaf that is not in the possession of a manufacturer of tobacco products or that is not part of a manufactured tobacco product is not a tobacco control measure.”

This "tobacco control" provision forces each TPP partner country to choose to exercise protection for tobacco control measures, instead of providing a guarantee under international law. It subjects public health in TPP partner nations to being whipsawed by the political whims and economic agendas of powerful industries, as the political inclinations of elected administrations change. One official speaking informally with CPATH stated that the U.S. does not “need” such an election, as the U.S. can afford to defend itself, and has “never lost such a claim.” In fact, the U.S. lost in the case of Indonesia’s trade challenge of a ban on clove cigarettes, and has lost trade challenges at the bilateral level, such as the internet gambling dispute. Defending against any trade dispute is costly.

It is unclear what mechanism a country would exercise to activate this provision, or what recourse would be available to state and local officials or the public in the event of an unpopular decision at the federal/national level not to exercise the “election to deny” a tobacco-related trade challenge.

In addition, by requiring each country to take unilateral action to elect to deny the use of the TPP’s trade dispute mechanism, it leaves that country subject to charges that it is violating other agreements that include an investor-state dispute systems (ISDS), or violating WTO agreements. In fact, Australia currently faces trade charges at both the ISDS and WTO levels, due to anti-smoking graphics and health warnings on cigarette packages. Some officials and advocates have expressed caution about acknowledging that any of its tobacco control measures are in any way not compliant with trade rules.

This provision is an ongoing open invitation to the global tobacco industry to sharpen its arrows to ensure that no country executes this option to safeguard public health and protect tobacco control measures. The TPP invites political racketeering and pernicious lobbying at every level of government to protect the prerogatives of the tobacco industry, in alliance with any and every other commercial enterprise that might conflict with public health protections.

The alternative is to build on the international consensus that population health is paramount, and to set an international health standard as a first step, making it a violation of international law to pursue a trade challenge in the case of tobacco control measures.

Tobacco use costs the U.S. far more in lives and health care expenses than tobacco farming or manufacturing contribute to the economy.

Tobacco use kills 1,200 Americans daily. Cigarette smoking is responsible for an estimated $193 billion in annual health-related economic losses in the U.S. (nearly $96 billion in direct medical costs and an additional $97 billion in lost productivity).

In contrast, total tobacco exports generate 0.10 percent (one tenth of one percent) of total U.S. annual exports (.07% unmanufactured, and .03% manufactured). Tobacco manufacturing has declined exponentially in the U.S., and tobacco farming is also in decline, due in part to U.S. programs intended to facilitate the transition to more sustainable crops.

Exports of cigarettes and other U.S.-manufactured tobacco products dropped from $3.9 billion in 1999 to $488 million in 2011, as large U.S. manufacturers sold off their international businesses or formed subsidiaries located abroad. Ninety-eight percent of exported U.S. cigarettes go to 5 countries, only one of which is a TPP partner (Japan). Lower tariffs would lower the price of tobacco products, resulting in cheaper prices and increased consumption and use, especially among younger people. For this reason, international health policy and U.S. law prohibit the U.S. from using trade agreements to promote the sale or export of tobacco products. Yet the U.S. proposes in the TPP to eliminate tariffs on tobacco products. Other TPP partners can reasonably object to encouraging the import of U.S. brand cigarettes.

Tobacco is the only legal consumer product that kills when used as intended. Tobacco use is the leading preventable cause of death worldwide, accounting for 6 million preventable deaths annually, and is a major contributor to the global pandemic of non-communicable diseases, including childhood morbidity and mortality. As a unique product, it must be treated differently from other products and services that are traded across borders.