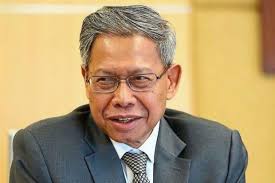 Trade deals a major boost for the country, says Mustapa

He said trade with FTA partners expanded by 19.9 per cent to RM1.123 trillion.

Mustapa said export growth was recorded to all FTA partners except for Laos.

“Malaysia has been an open economy dependent on trade and we have been one of the biggest supporters of free trade,” he said after announcing Malaysia’s trade performance for 2017 here today.

Malaysia is currently in the process of concluding RCEP and exploring FTA with the European Union.

“Malaysia needs a more diverse market for its products,” he said.

RCEP is free trade agreement between Asean’S 10-member states and six other countries, namely Australia, China, India, Japan, South Korea and New Zealand, while CPTPP is the former TPP without the United States.

“CPTPP would still benefit Malaysia without the participation of US as there are 11 other countries (including Malaysia) involved,” he said.

The CPTPP is slated to be signed in Chile next month.