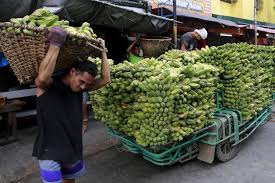 IN a first, Seoul has responded positively to Manila’s long-standing request to eliminate tariffs on agricultural products, particularly banana, in exchange for reduced import duties on South Korean industrial goods.

In the initial round of free-trade agreement (FTA) talks with South Korea, the Philippines wasted no time and tabled its demand to bring down tariffs on farm exports. South Korean trade officials, in response, said they are amenable to it as long as the Philippines reduces import duties on industrial products, especially automotive parts.

“[Response was] positive. They will consider. Their interest mainly [are on] industrial products, like some automotive components and parts,” Trade Secretary Ramon M. Lopez said in a text message to the BusinessMirror.

“Our initiative started with that as objective and now broadened to include other agricultural and industrial products, and even services. Technical negotiations started [so we can] discuss the product inclusions and tariff reduction schedules,” he added.

The Philippines and South Korea on Monday launched official negotiations toward forging a bilateral FTA with the aim of improving trade and investment activities between the two economies.

The Philippines hopes the FTA will translate to improved market access for its agricultural products—such as banana, pineapple and mangoes—industrial goods and services. Its trade negotiators are assessing different tariff rate proposals aimed at erasing or at least narrowing the trade deficit with South Korea.

Exports of tropical fruits to Seoul, particularly banana and mangoes, are taxed 30 percent, and Manila has been insisting on bringing it down to 5 percent, if not zero.

Although merchandise trade with South Korea last year went up 7.11 percent to $13.7 billion from $12.79 billion in 2017, it was largely brought about by the higher volume of imports from the East Asian country. Exports to South Korea even crashed 41.33 percent to $2.54 billion, from $4.33 billion, according to data from the Philippine Statistics Authority (PSA).

In spite of a decline in exports, banana shipments to South Korea jumped to 420,344 metric tons ($203.69 million), from 379,144 MT ($176.55 million). However, local banana growers are worried they might soon lose their share in the South Korean market, as Central American economies secured trade deals with Seoul that eliminated tariff on their banana.

“Our objective is to at least be [on a] par with what we give to their products [as a] reciprocity principle. [We also want a] level playing field to what they give to [their] other trading partners,” Lopez added.