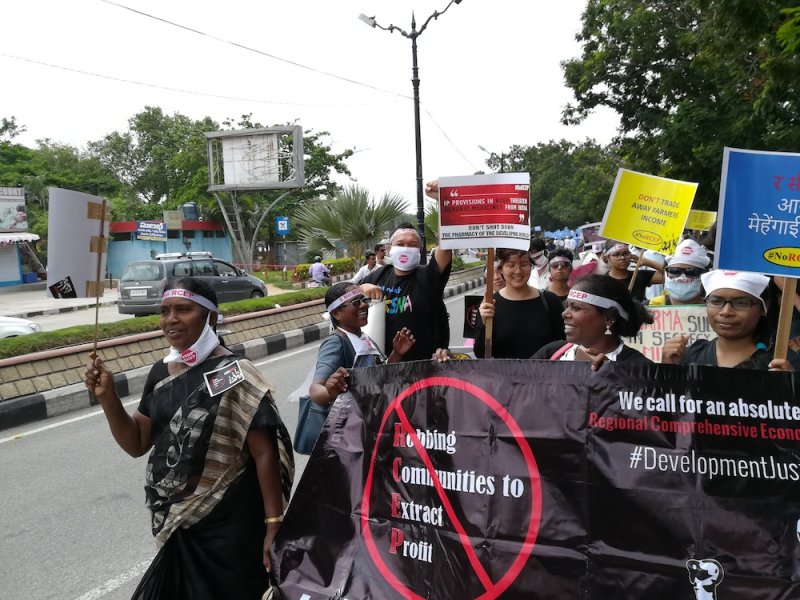 Concerned over domestic resistance to the 16-nation Regional Comprehensive Economic Partnership (RCEP) agreement, and pressured by RCEP partners to extend greater commitment to liberalise its goods trade, India has decided to conduct a study on potential gains or losses to its economy from such a regional trade pact.

Earlier this year, a government panel under commerce and industry minister Suresh Prabhu had decided to remain engaged in RCEP negotiations, but not to sweeten offer for goods trade further. The latest move to commission a study suggests New Delhi’s anxiety over potential losses from the mega deal hasn’t yet subsided.

“The study will be conducted by the Centre for Regional Trade and the IIM Bangalore,” an official source told FE, adding it will also come handy during further RCEP negotiations.

Negotiators from the RCEP members will next meet in February 2019 in Indonesia, which will be followed by a ministerial meeting in Thailand in April next year, the source said. Domestic industry and even certain ministries, including steel, have been critical of the RCEP deal on fears of dumping, especially by China.

In the RCEP negotiations in Singapore in August, members agreed to provide India a time frame of over 20 years to eliminate tariff on key items for China, Australia and New Zealand with which it doesn’t have a free trade agreement. The members also agreed to include the free movement of skilled services professionals under the RCEP, acceding to another demand by India.

The members also accepted India’s demand that it could also negotiate with its non-FTA partners, including China, bilaterally, and separately, on concessions they are willing to grant each other under the RCEP framework. RCEP negotiations, which were supposed to achieve substantial progress in 2018, will continue in 2019 as well.

For its part, India has proposed to eliminate tariffs on 80% of products with a margin of 6%, depending on level of development of the other country as part of RCEP negotiations. This means India may have to scrap duties on 74% of goods from China in the long run. However, many RCEP members want India to commit to abolish duties on 92% of its goods.

From steel to pharmaceuticals, industries have been criticising India’s existing trade agreements with Asean, Japan and South Korea on grounds that New Delhi’s trade deficit with these countries have only widened after these pacts came into force and there is little for domestic industry to benefit from. Also, India had a record $63 billion goods trade deficit with China in 2017-18. If, on top of this, a free trade agreement with China is effected through the RCEP (of which Beijing is a key member), cheap products will flood the market, they have pointed out.

The steel ministry, for instance, argues that without any FTA, India has a trade deficit (in steel) of two million tonne with China and “considering the trend, it is imperative that pursuant to signing of the RCEP, the trade deficit will further widen”. The pharma industry, too, fears that cheap Chinese products will have unrestricted entry to India.

Apart from the Asean members, China, Japan, Korea, Australia and New Zealand are engaged in talks for the RCEP agreement. China was the biggest contributor to India’s $104-billion goods trade deficit with all the RCEP partners in 2017-18. The scrapping of tariff lines means import duties on specified items would be cut to zero over a mutually agreed-upon time frame.

India has already made it clear that it is opposed to an “early harvest”. This means it wants agreements on all the three pillars of negotiations — goods, services and investment — be implemented only as a package, not one at a time. So even if a consensus is reached early on goods (which is what most nations want), India feels it shouldn’t be enforced in isolation.