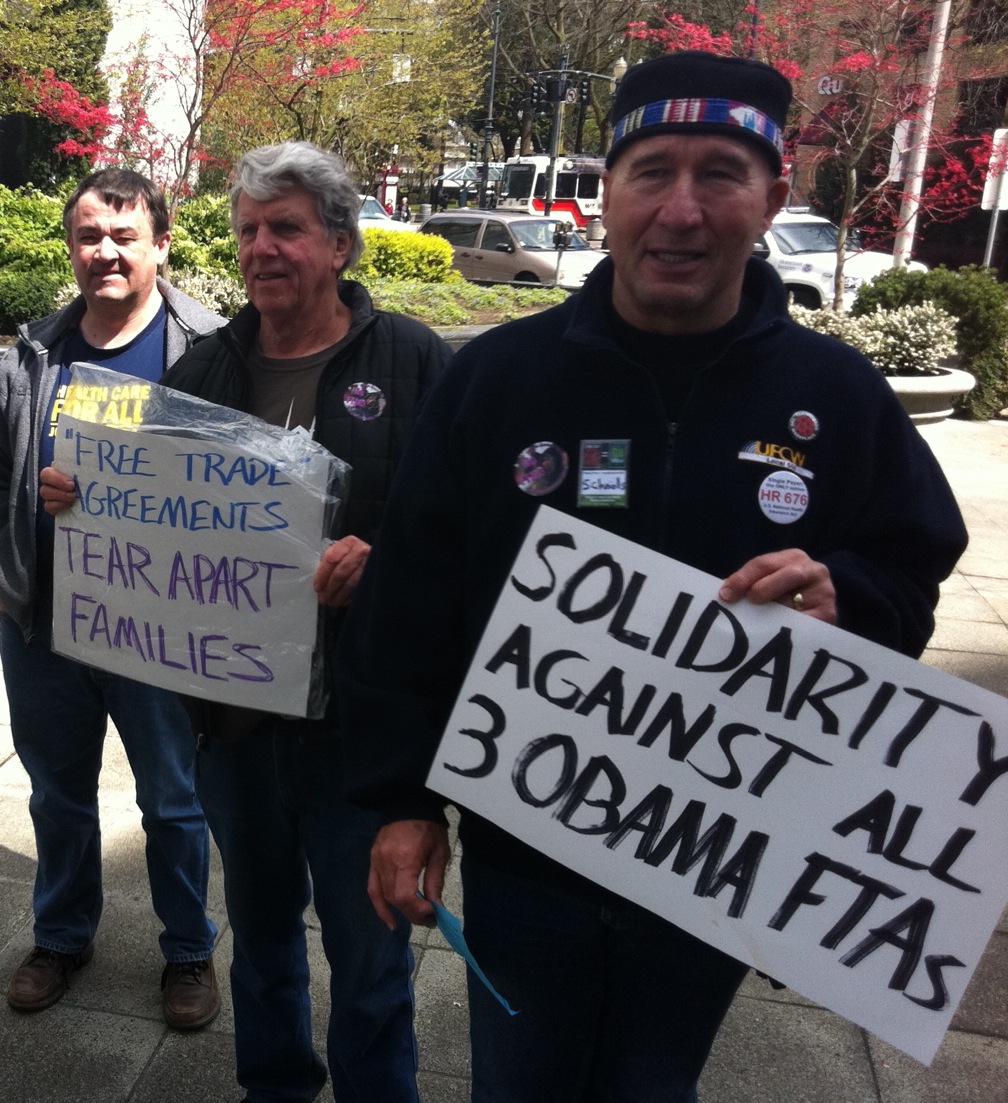 If you want to know why politicians are so eager to pass a free trade agreement with Panama this month, type "Panama offshore banks" into Google and look at the paid ads. What you’ll see is advertising by law firms and banks that will offer you help to set up a secret corporate structure in Panama immune from taxes.

The Panamanian "incorporation regime ensures secrecy, avoids taxes,and shields assets from the enforcement of legal judgments. Along with its sophisticated banking services, Panama remains an environment conducive to laundering the proceeds from criminal activity and creates a vulnerability to terrorist financing."

Yet, here’s how President Obama describes the three NAFTA-style Free Trade agreements that Congress is attempting to ratify later this month, one with Panama.

"There are a few things that we can and should do right now to redouble our efforts on behalf of the American people. Today, Congress can advance trade agreements that will help businesses sell more American-m­ade goods and services to Asia and South America, supporting thousands of jobs here at home."

This week, I’ll be covering the free trade agreements pushed by the politicians, along with the Huffington Post. The Panama FTA is one of three trade agreements up for debate and passage later this month. The agreement is supported by the business community and opposed by the AFL-CIO, and will be scored by unions. The Panama government itself wants this agreement desperately, and has complained about all of its lobbying spending in DC ($6.2 million).

Panama is too small as an economy to really impact jobs in the United States, the real value of the FTA is strategic and has to do with American geopolitical aims. For the business community, Panama is a great place to hide their money.

Panama is the second largest tax haven in the world, according to a secret State Department memo released by Wikileaks. There’s a deep irony in the US relationship with Panama. The country’s cooperation in the war on drugs is considered pivotal, with the State Department arguing that Panama is more important to the US than we are to Panama (see this cable). One third of all ships are flagged in Panama, and Panama lets the US board those ships to search for drugs. But for some reason, Panama’s position as a haven for drug money is not a particular concern.

In order to move the Panama FTA, Panama decided to sign a tax information sharing treaty with the US, but most experts think this is somewhat toothless in terms of preventing tax evasion and corporate secrecy. The evidence for this are the legions of law firms that are willing to aid wealthy Americans in avoiding taxes by using the Panamanian corporate structure. Here’s one example of an offshoring firm that on why you should consider putting your money in Panama. And here’s another, in which the firm trash-talks "snooty" Swiss banker versus Panamanian banks.

The key question we have to face as a country is how we want to govern ourselves. From World War II until NAFTA, our trading policies were based on geopolitical needs and what would increase prosperity for America. Since NAFTA, however, the mantra of free trade has been warped to generate rights for international capital and nothing else. The agreements Congress and the President are pushing continue this unfortunate trend. What unfettered capital wants is to avoid taxes, regulations, or any state power whatsoever. And that’s what this Panama deal is really about.