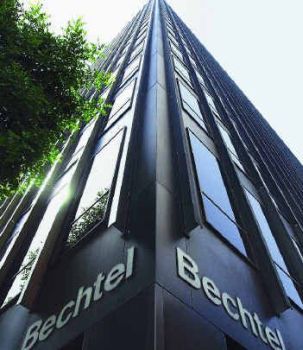 The corporate headquarters of Bechtel in San Francisco. It successfully sued the Bolivian government under a BIT when the latter reversed a water privatisation project in Cochamba municipality. NOAH BERGER/BLOOMBERG NEWS.

BILATERAL investment treaties (BITs) are among the better kept secrets of the internal economic regime in the recent past. Increasingly, other international agreements signed by governments are subjected to much discussion and public debate both at the negotiation stage and during implementation. In India, for example, we are now much more concerned about the positions taken by government negotiators at the World Trade Organisation (WTO), and there is active debate about the various clauses in the agreements.

Yet BITs, which have been expanding dramatically both in terms of number and coverage and protection provided to investors, remain largely outside the domain of public discussion. The government has signed more than 50 such treaties, yet these are hardly known, and their precise contents are not disseminated or discussed at all, even though they can have all sorts of implications and also carry a number of dangers, which are only now becoming obvious in several countries.

BITs are agreements between two countries for reciprocal encouragement, promotion and protection of investments in one another’s territory by companies based in either country. In addition to providing for basic rights of admission and establishment, such treaties typically offer various forms of protection to foreign investors, such as compensation in the event of expropriation, war and civil unrest or other damage to the investment and guarantees of free transfers of funds and the recuperation of capital gains.

In addition, there are usually specified mechanisms for settling disputes between states and between states and investors. In fact, the experience so far is mainly with investor vs state disputes, since multinational companies have been more than willing to use the provisions of such treaties to extract concessions or compensation for public actions.

The first BIT was signed between Germany and Pakistan in 1959, but such treaties did not really become important until the 1990s. Around 400 treaties were signed before 1995, but thereafter there has been an upsurge. By 2004, there were 2,365 BITs in operation, signed by 176 countries and covering around one-fourth of the stock of foreign direct investment (FDI) in developing countries.

The purpose of BITs is usually to provide a more stable and secure environment for foreign investors and thereby ensure "investor confidence". Most developing country governments are constantly told that foreign investors need such assurances before they can be persuaded to enter into potentially unknown or risky markets.

However, there is little evidence that signing a BIT actually contributes to more FDI in developing countries. Even the World Bank admits that "empirical studies have not found a strong link between the conclusion of a BIT and subsequent investment inflows" (World Development Report 2005). In fact, countries without too many BITs (such as China) have been far more successful in attracting FDI from home countries that have signed BITs with other developing countries.

Instead, BITs have far-reaching and typically negative implications for host country governments and citizens because of the sweeping protections afforded to investors at the cost of domestic socio-economic rights and environmental standards. They subject countries to the risk of litigation by corporations, based on objections to the host government’s environmental, health, social or economic policies, if these are seen to interfere with the company’s "right" to profit.

These adverse effects are already becoming evident in the increasing litigation facing developing country governments who seek to safeguard citizens’ rights. For example, the multinational infrastructure company Bechtel (which also deals in water supply services) successfully sued the Bolivian government under a 1992 Holland-Bolivia BIT for loss of profits after the government’s reversal of a disastrous water privatisation in Cochabamba municipality following a popular uprising in the area.

The most striking recent examples of the adverse effects of BITs for the host country come from post-crisis Argentina. The privatisation of public utilities in the early 1990s, combined with the 54 BITs that the Argentine government signed over the 1990s, had unforeseen adverse consequences after the sharp devaluation of the peso during the 2002 financial crisis. The trebling of the value of the dollar in local currency forced the government to transform all dollar-denominated contracts into peso-denominated contracts, including those signed with the utility forms that were now owned and controlled by multinational companies. In addition, the periodic adjustment of tariffs based on foreign inflation indices were also eliminated.

This has led to a spate of disputes instigated by foreign investors, with as many as 37 cases being filed since 2002. One of the first decisions of such cases has already ordered Argentina to pay $133.5 million plus interest in compensation to the United States-based multinational Content Management System (CMS) on grounds of violation of the BIT between Argentina and the U.S. The Argentine government’s plea that these were emergency measures based on the necessity created by the dire financial, economic and social crises in the country was rejected by the tribunal concerned.

The problem for developing countries is more acute because the resolution of such conflicts is not subject to the standard juridical systems of the member-countries; rather it is governed by tribunals or similar bodies specified in the treaty. This amounts to the privatisation of commercial justice, with no democratic accountability of the decision- makers in this regard.

The two important such bodies are the World Bank’s private arbitration body for investment disputes, the International Centre for Settlement of Investment Disputes (ICSID) or the United Nations Commission on International Trade Law (UNCITRAL). Domestic courts and national legal systems have no role, since ICSID and UNCITRAL only allow for the investor and government parties to the dispute to have legal standing.

The public has no right to listen to proceedings or to view evidence and submissions. Both bodies require only minimal disclosure of the names of the parties and a brief indication of the subject matter, which prevents public scrutiny or popular opposition. These bodies are thus given the responsibility to adjudicate virtually all investment disputes without democratic structures or transparency, despite the fact that they are not serving private goals but an international judicial function governed by treaty and international law. The record of these bodies thus far has been very investor-friendly, in awarding substantial damages and compensation to multinational corporations for "transgressions" of developing country governments. Under these conditions, BITs have become potent weapons of multinational companies against not only governments but also the societies of countries that have signed these treaties.

This makes it all the more imperative for people across the world to demand much more public knowledge about and scrutiny of the context of BITs and the entire dispute settlement process as well. Otherwise, this will become one more mechanism for the suppression of democracy in the guise of apparently neutral international legal processes.