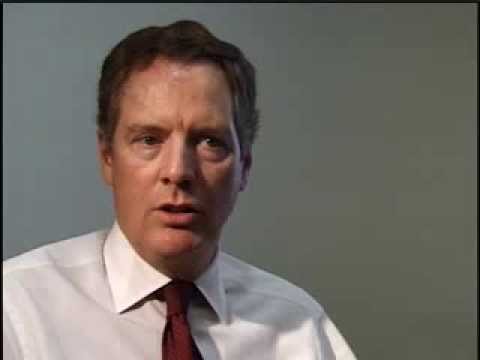 Robert Lighthizer is a veteran of the Reagan administration

By Philip Rucker and Ashley Parker

President-elect Donald Trump is expected to nominate Robert E. Lighthizer as the U.S. trade representative, a transition official confirmed Monday night, recruiting to his Cabinet a veteran of the Reagan administration who has decades of experience in trade policy and litigation.

Lighthizer, whose nomination is expected to be formally announced as early as Tuesday, will join a team of Trump lieutenants charged with fulfilling one the central promises of Trump’s populist candidacy: aggressively confronting China, Mexico and other nations the president-elect believes have been taking advantage of international trade agreements, to the detriment of U.S. workers.

In the run-up to his Jan. 20 inauguration, Trump will be making a flurry of final nominations for his Cabinet as well as filling out the senior positions in his White House.

Trump has recruited Marc Short, who has been serving as a top adviser to Vice President-elect Mike Pence, to the West Wing, likely as head of legislative affairs, three people with knowledge of the position said Monday night. Short will work with Rick Dearborn, who has been serving as executive director of the Trump transition team and is expected to be named White House deputy chief of staff overseeing legislative, intergovernmental and Cabinet affairs.

Dearborn is a former chief of staff to Sen. Jeff Sessions (R-Ala.), who is Trump’s nominee for attorney general, and together with Short will manage the administration’s legislative agenda and the president’s relationships with lawmakers.

Short is a longtime veteran operative with deep ties on Capitol Hill and is respected by Republican leaders in both chambers. He served as Pence’s chief of staff during his time in Congress and later worked as president of Freedom Partners, the powerful political network of the billionaire industrialist brothers Charles G. and David H. Koch. A longtime Pence loyalist and confidant, Short joined Trump’s 2016 campaign team as an adviser to Pence once the Indianan received the vice-presidential nod. He earlier advised Sen. Marco Rubio (R-Fla.) on his 2016 presidential campaign.

Although some in the Pence orbit were initially skeptical of Trump and his team, Short quickly established himself as a conduit between the Pence and Trump worlds and earned the respect of Trump. He has been an influential figure behind the scenes during the transition period, both in weighing personnel decisions and charting the policy agenda.

The Wall Street Journal was first to report that Lighthizer, long considered a favorite to be trade representative, would become Trump’s nominee.

Short and Lighthizer bring to the Trump team years of experience in Washington. Lighthizer served as deputy U.S. trade representative under President Ronald Reagan, and before that as chief of staff on the Senate Finance Committee.

In the Trump administration, Lighthizer will work closely on trade issues with Wilbur Ross, a billionaire investor who is the nominee for commerce secretary, and Peter Navarro, an economist and China hawk who has been tapped to lead a new White House National Trade Council.