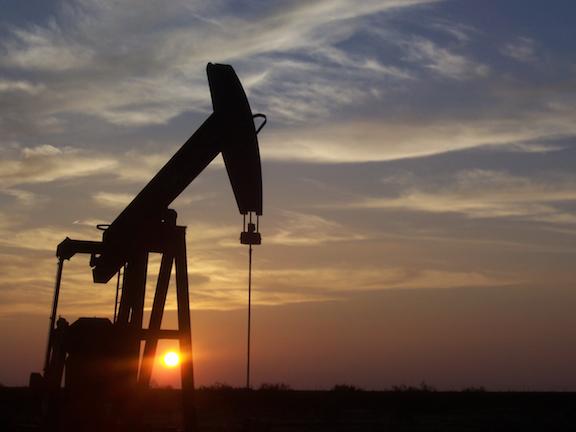 The EU is explicitly asking the US to lift prohibitive restrictions, not only on crude oil exports but also on the export of liquefied natural gas (LNG), as a key objective in the contentious EU-US trade talks, TTIP.

Early this year US climate campaigners claimed a totemic victory when president Obama used his veto to block the approval of the Keystone XL pipeline. This proposed pipeline would carry dirty Canadian tar sand crude oil to refineries along the Gulf coast.

While the battle is far from over – what with Republicans vowing to continue pushing for its approval – Obama’s decision holds strong strategic significance in the fight to keep fossil fuels in the ground.

However, the Keystone XL drama may prove to be little more than a sideshow to American big oil’s ultimate ambition: to overturn the US crude oil export ban.

In the European Union, US oil barons have found themselves an unlikely ally.The EU is explicitly asking the US to lift prohibitive restrictions, not only on crude oil exports but also on the export of liquefied natural gas (LNG), as a key objective in the contentious EU-US trade talks, TTIP.

Former EU trade commissioner Karel De Gucht went as far as to say, “I cannot imagine that there will ever be a TTIP without such (energy) provisions.”

With the trade negotiations stuttering and drawing flak from all angles, those pushing it are keen to avoid courting further controversy. Hiddo Houben, deputy chief TTIP negotiator, giving an update on the EU’s energy objectives, told members of the European parliament:

We are very much out of the media, trying to pursue this discussion with the United States. We are very carefully trying to avoid any public comments on this because we feel that it is more propitious to try and negotiate this with them outside of the public eye.

If the removal of restrictions is so imperative, what on earth could warrant such aversion to public and media scrutiny?

The dominant argument in favour of such measures is that US companies are currently benefiting from lower energy costs as a result of the shale revolution. By opening up US gas markets, it would lower prices in the EU and allow European manufacturers to compete on an equal playing field. The EU is also currently very reliant on Russia for its energy needs. In the face of increased tension there is an urgent need to diversify the continents’ energy supply – TTIP could do that.

In theory this sounds reasonable, but there are some big concerns.

Firstly, the economic and geopolitical case is not as clear cut as advocates would have you believe. Secondly – and this is the big one – there’s the impact it will have on our climate.

If EU policy makers find it useful to kneel down and pray for cheap American energy to flood in and free us from Putin’s grasp then that is their prerogative, but their time would be better spent reading up on the logistics.

The US does not have the infrastructure or facilities necessary to export LNG at scale to Europe, and the development of said infrastructure would be expensive and time intensive. When finally in place, the transportation and liquefaction process is not cheap. So, there is little reason to think US LNG will be able to out-compete low-cost Russian gas anytime soon, which will likely remain the natural order of things for decades to come.

Even if all restrictions were lifted, cheap American energy would likely remain as it is now: little more than a pipe dream.

If energy security and price is really such a concern to EU policymakers, they could put their weight behind some far better options, such as ambitious energy efficiency measures, which could save €549bn (£390bn) on the energy import bill by 2030.

The climate change implications of turning the US into a European fracking colony, on the other hand, are self-evident. Indeed, the EU’s best-case economic assessment of TTIP has found that it would result in an increase in CO2 emissions in both the EU and US.

Increased demand from Europe would ultimately lead to an expansion of shale oil and gas exploration across the US, opening up new reserves and with them the accompanying greenhouse gas emissions. It seems equally likely that much of the crude oil exported would be originally sourced from the Canadian tar sand oil fields and brought to American ports by rail and future pipelines such as Keystone XL.

These tar sand pits – scarring the Albertan wilderness, covering an area the size of England - have been described as the “biggest carbon bomb on the planet.”

The EU appears hell-bent on providing the detonator.

If we are to avoid the most severe impacts of climate change, 80% of known fossil fuel reserves must remain in the ground. It is inexcusable that the EU is pushing for measures in a trade deal that would – as envisioned – likely lead to more investment sunk into fossil fuel exploration, extraction, processing and transport, and in doing so potentially lock in high carbon dirty energy for the foreseeable future.

With so much at stake, trade policy makers cannot continue to plough a lone furrow, free from all climate and environmental consideration.