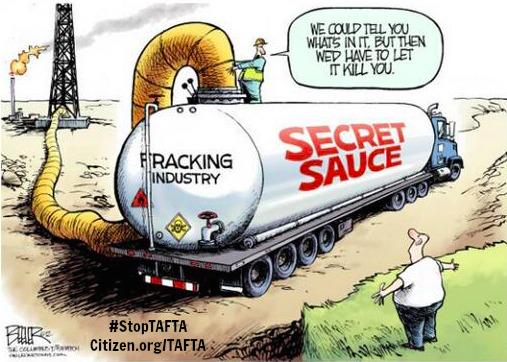 The EU appears to have broken a promise to reinforce environmental protections in a draft negotiating text seen by the Guardian, submitted in the latest round of TTIP talks in Miami.

In January, the bloc promised to safeguard green laws, defend international standards and protect the EU’s right to set high levels of environmental protection, in a haggle with the US over terms for a free trade deal.

But a confidential text filed in the sustainable development chapter of negotiations earlier this week contains only vaguely phrased and non-binding commitments to environmental safeguards.

No obligations to ratify international environmental conventions are proposed, and ways of enforcing goals on biodiversity, chemicals and the illegal wildlife trade are similarly absent.

The document does recognise a “right of each party to determine its sustainable development policies and priorities”. But lawyers say this will have far weaker standing than provisions allowing investors to sue states that pass laws breaching legitimate expectations of profit.

“The safeguards provided to sustainable development are virtually non-existent compared to those provided to investors and the difference is rather stark,” said Tim Grabiel, a Paris-based environmental attorney. “The sustainable development chapter comprises a series of aspirational statements and loosely worded commitments with an unclear dispute settlement mechanism. It has little if any legal force.”

The document contains a series of broadly sympathetic statements about the importance of conservation and climate action. But it offers no definitions of what core terms – such as “high levels of protection” for the environment or “effective domestic policies” for implementing them – actually mean.

Last year, more than a million people across Europe signed a petition calling for the Transatlantic Trade and Investment Partnership (TTIP) talks to be scrapped. Their concern was that multinationals could use the treaty’s investor-state dispute settlement (ISDS) provisions to sue authorities in private tribunals, not bound by legal precedent.

In one famous case, Lone Pine launched an unresolved $250m suit against the state of Quebec after it introduced a fracking moratorium, using ISDS provisions in the North American Free Trade Agreement (Nafta).

US officials maintain that few such cases are ever likely to be brought under the TTIP, which could wipe away tariffs in the world’s largest ever free trade deal.

However, environmental cases accounted for 60% of the 127 ISDS cases already brought against EU countries under bilateral trade agreements in the last two decades, according to Friends of the Earth Europe. Europe’s taxpayers paid out at least $3.5bn to private investors as a result.

Natacha Cingotti, a trade campaigner for the group, said that only a carve-out of environmental protections from the tribunal process could prevent such cases mushrooming after a TTIP deal.

“This new leak illustrates that the European commission is not serious about protecting essential safeguards for citizens and the environment in the context of the TTIP talks,” she told the Guardian. “Powerful corporate polluters are likely to get VIP treatment under it, while the only chapter that could bring strong language to protect essential regulations to build a sustainable future is weak and unenforceable.”

A trade deal is supposed to be clinched by the end of 2016, although the deputy US trade representative, Michael Punke, said on Wednesday that the negotiations had not been moving as “constructively and ambitiously” as planned.

But lawyers and campaigners fear that any further progress around the Miami table could come at the expense of environmental concerns, with the latest round of talks due to close on Friday.

An EU promise that TTIP would “support our climate targets, for example by promoting trade and investment in green goods and services” has already been thrown into doubt by the leak of a draft energy chapter last May. In it, Europe’s negotiators pushed for “a legally binding commitment in the TTIP guaranteeing the free export of crude oil and gas resources”.