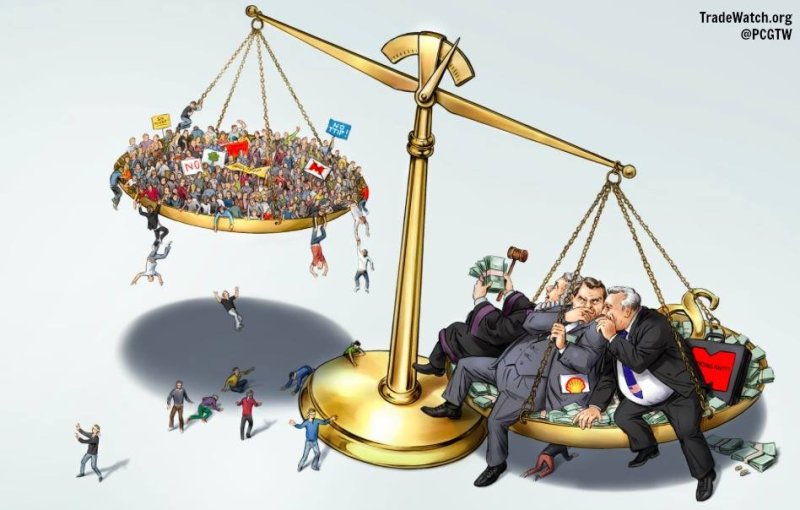 The European Commission has denied that it is using the negotiations over the Transatlantic Trade and Investment Partnership (TTIP) to weaken financial regulation for the benefit of financial institutions.

Analysts from the Corporate Europe Observatory and the Centre for Research on Multinational Corporations, both NGOs, claimed that a leaked "EU restricted" policy document proves European negotiators are lobbying on behalf of the financial sector to "prevent future regulation that might contradict the interests of financial corporations from both sides of the Atlantic".

The NGOs both oppose TTIP, a mooted free trade deal between the EU and US which has been under discussion since June 2013 and which if enacted, could become the largest free trade agreement in history.

The analysis claims that European negotiators are pushing their US counterparts to adopt financial sector measures which would :

Drop a ban on swap desk pushouts, which are described by the analysts as "risky bets with federally insured money for their own profit"

Allow European banks to operate in the more highly-regulated US under European rules.

This afternoon, the commission issued a statement denying that TTIP would repeal existing or incoming financial regulation.

"The aim of the EU proposal is not to negotiate within the TTIP on the substance of the international standards, on the ongoing implementation of these standards or on other elements of on-going regulatory reforms (e.g. the Volcker rule, or rules on foreign banking organisations) that are being currently implemented" the statement read.

"Discussions on these subjects may continue in parallel with, but outside of, the TTIP negotiations."

The European Trade Commissioner Karel De Gucht has always denied that the agreement was being negotiated with the interests of multinational corporations, including those in the financial services industry, at heart.

In a speech in Wroclaw in June, he said that rather than peeling away regulation, the agreement was designed to "include stronger safeguards" and to "protect our right to regulate".

Speaking to IBTimes UK, an anonymous member of the European TTIP team said that the analysis conducted by the NGOs is "disingenuous" and "highly selective".

The source continued : "I don’t think they’re going to dismantle Dodd Frank anytime soon, there’s a lot of misinformation about."

On the other side of the argument, anti-TTIP protestors have attacked the perceived secrecy of the negotiations, which they claim are undemocratic and lacking in transparency.

US negotiators had initially hoped to place a levy on financial services, amid fears that opening the domestic market to European competitors, who are less stringently regulated than their American peers, would destabilise the industry just as it shows signs of returning to strength.

However, today’s European Commission statement appears an attempt to alleviate the concerns of both the NGOs and negotiators in Washington.

"In the post-crisis era where we have fundamentally upgraded financial regulation on both sides of the Atlantic, we should also seek to upgrade the mechanisms for regulatory co-operation," it read.

"The EU proposal is forward looking and it aims to achieve consistent and high level of regulation across the Atlantic, on the basis of the internationally agreed standards.

"The new accountable regulatory cooperation framework, to be established by the TTIP, would provide the right setting in which to continue the joint EU/US work and dialogue on substance of financial regulations."