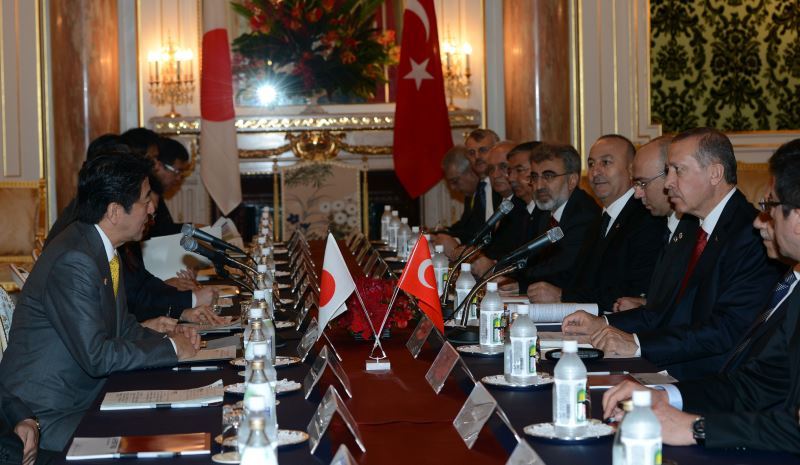 The ongoing negotiations between Turkey and Japan on the free trade agreement (FTA) have neared the end, as it was reported that the agreement, which will provide significant gains for the two countries’ economies, would be completed within this year.

The eighth round of negotiations on the Turkey-Japan FTA, which was launched with an initiative of President Recep Tayyip Erdoğan back in 2014, was held in Ankara.

The agreement, which will cover a significant portion of export and import sectors of the two countries, heralds significant gains in terms of the Turkish economy. "With the liberalization of trade, we believe that this agreement covering investments, services and industry will offer very important mutual opportunities for both the Turkish and Japanese business circles," Director General for EU Affairs at the Economy Ministry Murat Yapıcı, also the chief negotiator on behalf of Turkey, said late Thursday at the end of a three-day long negotiation held at the Economy Ministry. Yapıcı also said that Economy Minister Nihat Zeybekci will pay a visit to Japan in March to improve contacts further, emphasizing that the agreement will be completed within this year.

Stressing that the Turkish-Japanese friendship would strengthen further economically with the said agreement, Japan’s Ambassador to Ankara Akio Miyajima said: "I think that it was a very positive meeting and agreement in terms of trade, investment and tourism. Signing such an agreement with Turkey, which has a dynamic and strong economy, is an important step for Japan in terms of opening beyond the Asian market."

Referring to the importance of the agreement, Miyajima said 44 officials from the relevant ministry and institutions have come to Turkey to attend the negotiations.

When reminded that Turkey’s imports were greater than exports in trade with Japan, Keiji Ide, chief negotiator on behalf of Japan, said Japanese companies have major investments in Turkey and that for these investments to be realized imports have to be done, emphasizing that, even though imports were higher, Japanese investments have a major contribution to Turkey’s economy and its labor force. Japan would be very happy with an increase in Turkey’s exports to Japan, Ide continued. "We think that Turkey’s exports to Japan will increase with the signing of the free trade agreement."