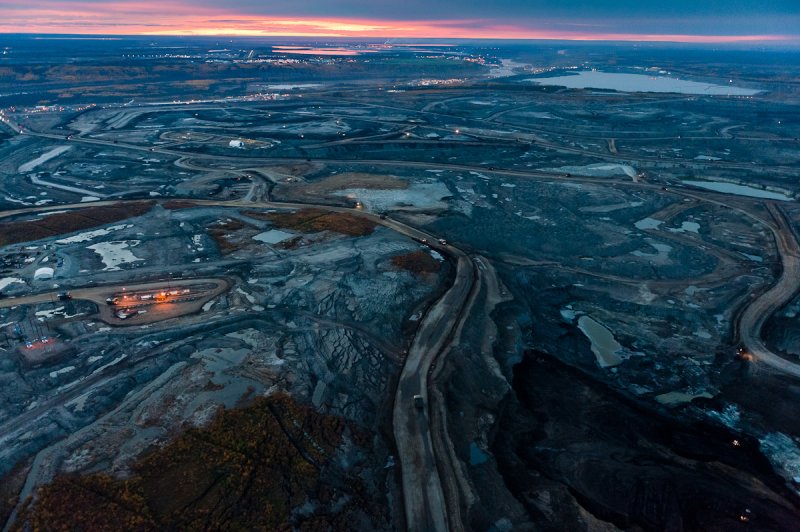 More than two thirds of European oil refineries are now equipped to process tar sands, research has found, raising fears the EU is ready to welcome a flood of imports of one of the most environmentally devastating fuels in production.

In less than a week world leaders will meet in Paris at the UN Climate Change Conference to try and strike a deal to cap global warming to two degrees above pre-industrial levels.

On 6 November, US President Barack Obama killed off the Keystone XL pipeline that would have carried Canadian tar sands oil across the US, citing the projects impact on climate change. Tar sands oil produces three to four times more global-warming emissions when extracted and refined than conventional crude oil.

New research carried out by petroleum refining consultants MathPro found 71 of Europe’s 95 refineries (the EU, and Norway and Switzerland) can now handle heavy or pre-processed crude from tar sands oil.

The study, commissioned by Transport & Environment and Friends of the Earth Europe, suggests the industry is preparing itself for imports by ensuring it has the necessary equipment.

Tar sands oil is not produced in Europe, but it is in countries such as Canada, and Venezuela. The US refines and exports Canada’s tar sands petroleum to Europe, blended with domestic fuel in its export barrels.

“Days before the opening of global climate negotiations in Paris, it is clear that Europe has the capability to process these climate-killing fuels while the EU does nothing to stop them entering Europe,” said Laura Buffet, fuels policy officer at Transport & Environment, said.

Unrestricted tar sands imports to Europe would have the same climate impact as having an extra six million cars on the road, a report last year found.

European Union policymakers missed an opportunity to discourage tar sands imports by penalising their use in road transport fuels.

The FQD is important to promote cleaner transport fuels and is part of the EU’s push to cut carbon emissions by 20% by 2020. Transport is responsible for 31% of the EU’s total CO2 emissions.

The climbdown came after years of industry opposition and drew accusations that the weakening of the rules was linked to talks over the EU-Canada free trade deal CETA, and its EU-US equivalent, the Transatlantic Trade and Investment Partnership (TTIP).

Efforts to penalise tar sands oil from Canada were narrowly defeated by the European Parliament in December last year. Instead, oil from tar sands was given the same emission value as conventional petrol or diesel, meaning its higher actual greenhouse gas emissions will not be accounted for.

Colin Roche, extractive industries campaigner at Friends of the Earth Europe, said, "Tar sands are deadly for the climate, yet the EU’s energy policy is giving a lifeline to this dangerous industry."

The first major tar sands oil shipment from Canada arrived in Bilbao, Spain, in June 2014. The shipment by Spanish company Repsol was greeted by protests.

The debate about labelling tar sands, also known as oil sands, dates back to 2009, when EU member states approved legislation with the aim of cutting greenhouse gases from transport fuel sold in Europe by 6% by 2020, but failed to agree how to implement it. In 2011, the EU executive agreed that tar sands should be given a carbon value a fifth higher than for conventional oil, before it was weakened in October.

According to research commissioned by the EU executive, tar sands is 23% more carbon intensive than conventional oil. The FQD is important to promote cleaner transport fuels and is part of the EU’s push to cut carbon emissions by 20% by 2020. Transport is responsible for 31% of the EU’s total CO2 emissions.

The EU’s Fuel Quality Directive requires that energy providers reduce by 6% the greenhouse gas emissions of the fuel they put on the market, through methods such as reducing flaring or increased use of biofuels.

On 4 October 2011, the European Commission voted on a review of the Fuel Quality Directive which assigns a default value 107 grams CO2 equivalent per megajoule (CO2eq/MJ) for oil produced from tar sands.

This figure is higher than the 87.5g CO2eq/MJ average assigned for other crude oils, because the Stanford University research for the EU showed that oil extraction from tar sands was more carbon intensive. But it led Canada, which has the world’s largest reserves of oil sands, to protest the EU’s action.

Other unconventional sources of fossil fuel would also be hit hard by the proposal, with oil shale being included at a value of 131.3 CO2eq/MJ, and coal-to-liquid at 172 CO2eq/MJ.

In the context of the Russia/Ukraine crisis and fears about European energy security, Canada argues Europe should be embracing its oil as a secure form of energy.

FuelsEurope director general John Cooper said, “The material in the report does not support the premise and suggestion that more oil sands or significant oil sands will come to Europe. Actually the report suggests just the opposite.

"The report itself contains a table from an association of Canadian oil producers which makes no projection of volumes of oil sands into Europe. As the report says, the physical properties of oil sands as used in a refinery make them unattractive blending components in European diesel fuel.

"It’s not clear how the economics of oil sands will play in Europe in the future, however, as the report states, the issue may be moot because most of the forecast increase of supply will likely will be absorbed in N. American market rather than other markets.

"Just because you have the capability, doesn’t mean it will be an automatic selection in an individual refinery. For example, the report points out that the dismal economic situation of the European refining sector in general makes it unlikely to undertake capital investments to enable them to handle oil sands, even at discount prices. "