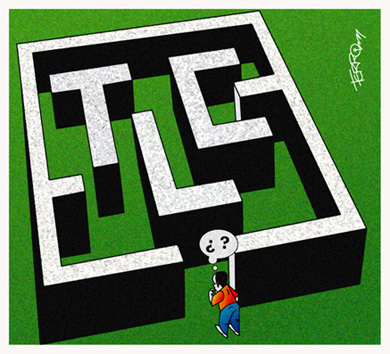 Uruguay and Brazil foreign ministers Rodolfo Nin Novoa and Mauro Vieira will be meeting this week in Brasilia in yet another attempt to push forward the stalled negotiations for a trade agreement between Mercosur and the European Union, according to the minutes of a meeting of the Uruguayan official with members of the Foreign Affairs committee.

“In the matter of foreign affairs we believe it is a priority to boost Mercosur/European Union trade talks. To this effect we will be meeting the Brazilian foreign minister in Brasilia next 16 April and will consider some alternatives to the current impasse, particularly referred to the exchange of proposals, which remains paralyzed”, said Nin Novoa.

The new administration of President Tabare Vazquez which took office last March first has insisted as a matter of state policy, that trade negotiations with the European Union are ’crucial’, and underlined that it was essential to get the discussions which were re-launched in 2010 ’moving again’.

Uruguay will also try for more Mercosur flexible rules regarding trade agreements with third parties. (currently they need the consensus of all members, Argentina, Brazil, Paraguay, Uruguay and Venezuela, and any veto can stop the initiative).

“We believe it is necessary for the functioning of Mercosur to explore all possibilities to make more flexible the trade negotiations mechanisms of the block, through a system of different rhythms and speeds that should allow member countries advance bilaterally to the fair measure of its possibilities”, said Nin Novoa, underlining the “need to search for the way to make flexible possible bilateral agreements”.

Negotiations with the EU are stalled and not only from the Mercosur side, given the situation of the outgoing government in Argentina, but also because of difficulties in Europe as was recently admitted by Trade Commissar Cecilia Malmstrom. “Even when there is a will to advance, there are equivalent ambitions” on both blocks, probably referring to several European members objections to the agriculture chapter.

Last year on several occasions it was announced that the tariff reduction proposals were ready to be exchanged, which is the crux of any agreement. But this finally did not happen because of the ongoing recession situation in Europe, the steep slowdown of the Brazilian economy and Argentina’s protectionist measures.

However despite the shortcomings from both sides, last 25 February the Brazilian minister Vieira and Foreign Secretary Philip Hammond signed in London a joint statement, in the framework of the UK/Brazil High level strategic dialogue which included a specific paragraph on Mercosur/EU trade talks.

“An EU-Mercosur Free Trade Agreement would be of substantial benefit to both the EU and Mercosur economies. The Foreign Secretary and Foreign Minister, recognizing this, underlined their strong commitment to the Agreement, reiterating the supportive position of both the UK and Brazil. The Foreign Secretary and Foreign Minister committed to further joint efforts towards a balanced, comprehensive and ambitious agreement, with the aim of concluding negotiations as soon as possible, so the benefits of the agreement can be realized”.